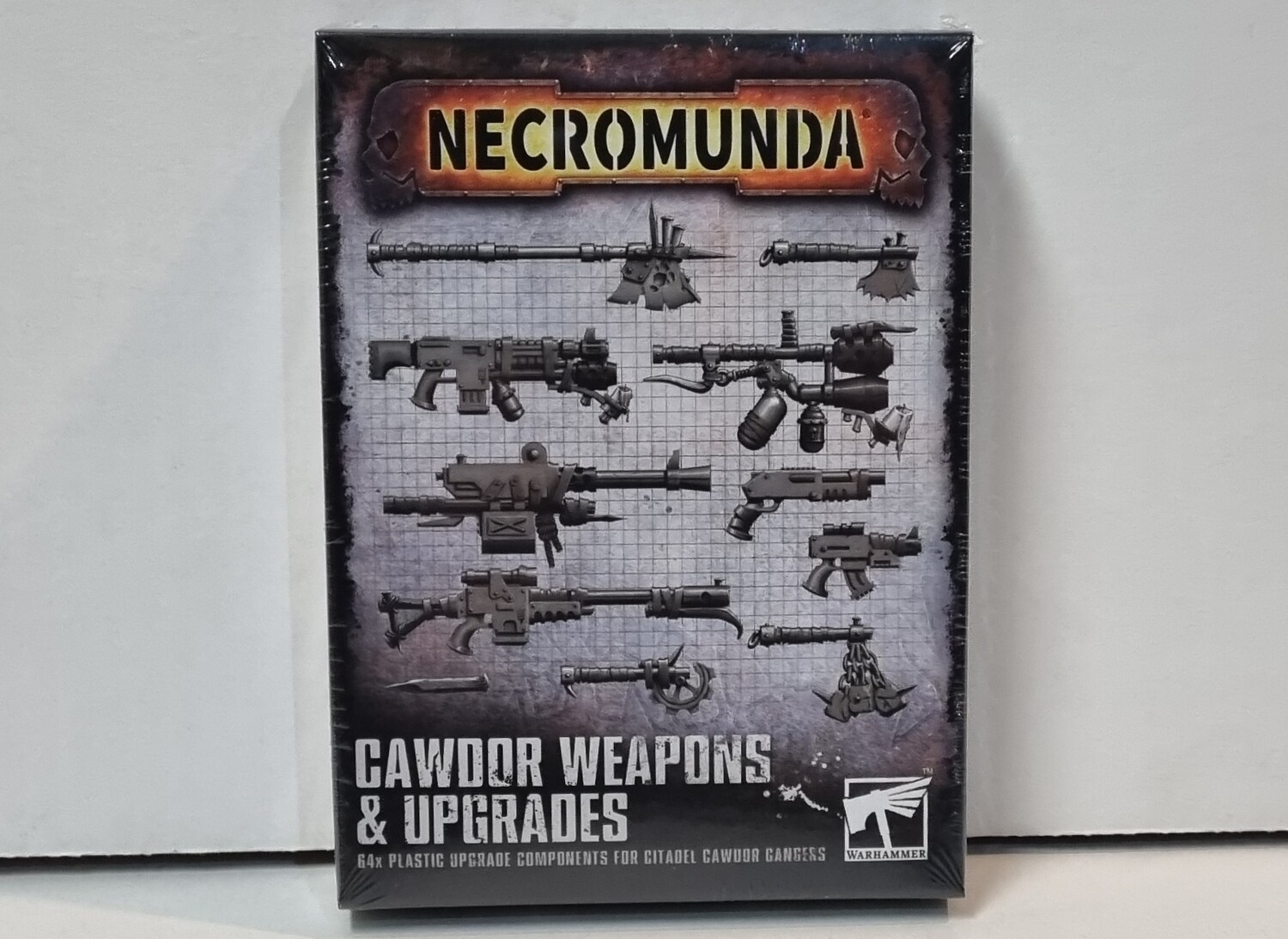 Upgrade your Cawdor fighters with a selection of death-dealing weaponry, allowing you to create a unique and formidable gang. Also included in this set are alternate heads and arms, so you can personalise your gang even further.

These parts are compatible with the Cawdor Gang kit. These miniatures are supplied unpainted and require assembly – we recommend using Citadel Plastic Glue and Citadel paints.