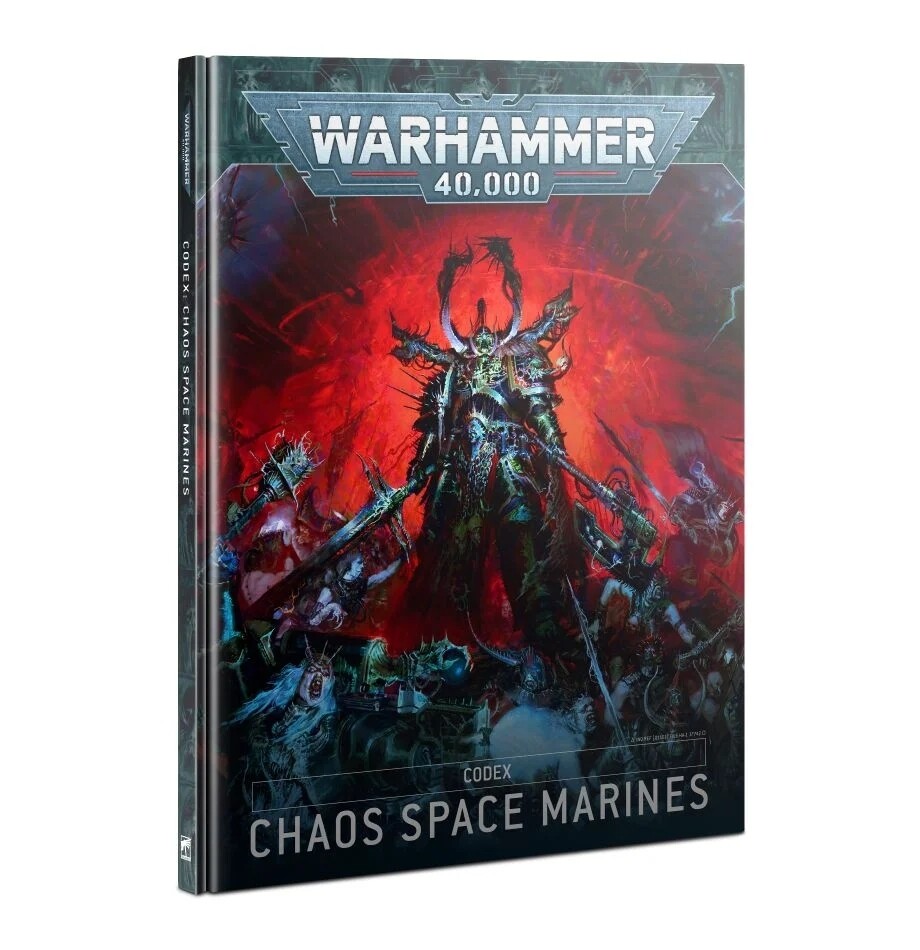 For ten thousand years, the Chaos Space Marines have waged near-constant war on the galaxy that cast them out. Genetically augmented post-humans clad in baroque power armour, these ancient warriors are festooned with the battle scars and trophies of their treachery, marked by the blessings of foul entities from beyond reality. From the veteran murderers of Renegade Chapters to the Traitor Legions of horrific legend, the Heretic Astartes fight for vengeance, for glory, for the sheer madness of battle.

Led by the champions of Chaos – from towering Daemon Princes to malevolent Sorcerers – squads of veteran Legionaries fight alongside growling battle tanks, surrounded by teeming mobs of cultists and mutants desperate to impress their dark masters. Whether mortal, machine, or Marine, all are worthy vessels to be possessed body and soul by daemons of the warp, bringing doom to their foes as gargoyle-mouthed Daemon Engines or hideous and deadly Possessed. Such armies are the deadliest threat to the Imperium of Mankind, their Long War born from the bitterest of hatreds.

This expansive book is a must-have guide for those who collect and play the corrupt Astartes known as Chaos Space Marines. It contains all the rules needed to play a Chaos Space Marine army – including a host of iconic Legions – along with a forbidden library of lore. Learn about the initial seeds of betrayal, the glorious Black Crusades of Abaddon the Despoiler, the hazards of daemon worlds, and the most infamous Traitor Legions and Renegade Chapters of the Chaos Space Marines.

– In-depth background information on the Chaos Space Marines, from the first days of the Horus Heresy to the damned empires rising across Imperium Nihilus

– All the rules you need to play a Chaos Space Marine army, including 44 datasheets covering the lowliest Cultist and mightiest Daemon Prince, plus 15 psychic powers, a range of in-depth Legion rules, Prayers to the Dark Gods, Marks of Chaos, and more

– Rules for Crusade campaigns and narrative games that let your champions pursue daemonhood – or suffer spawndom – as they burn, maim, and kill their foes