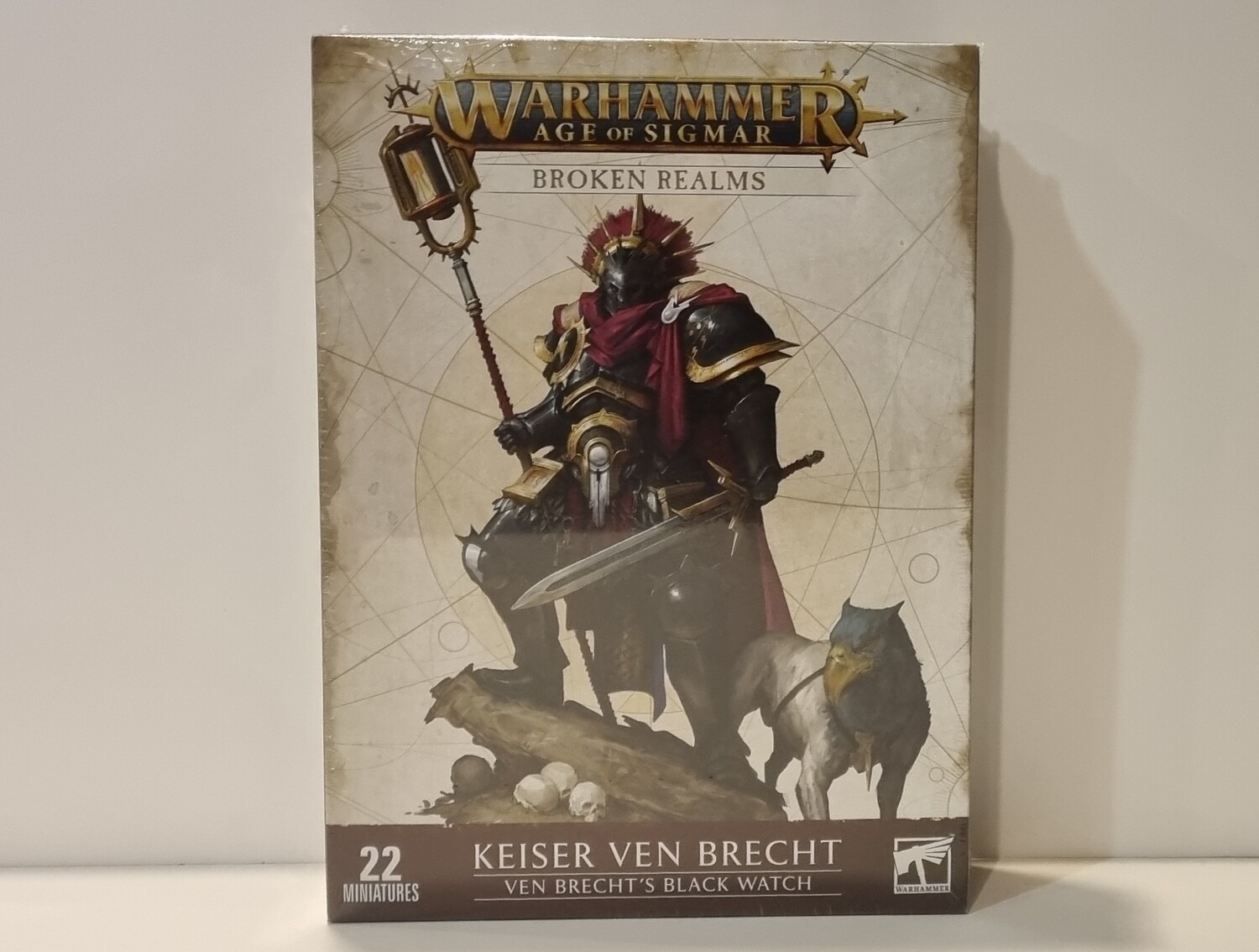 The grim Lord-Veritant Keiser Ven Brecht has assembled an elite band of Stormcast sharpshooters in order to track down servants of darkness operating in the shadows of Sigmar’s free cities. Known as the Black Watch, this retinue employs keen-scented Gryph-hounds to run heretics and traitors into the open before riddling them with a storm of lightning arrows. Guided by Ven Brecht’s centuries of bitter experience, there is no foe that can evade their relentless pursuit.

Defend the realms of Sigmar with this warscroll battalion in a box! This set allows you to hunt the enemies of Order across the realms with a variety of ranged troops, led in battle by a bold Lord-Veritant. Combine this set with the rules found in Broken Realms: Morathi, and you’ll be able to use the Ven Brecht’s Black Watch warscroll battalion – a detachment of hunters from the Anvils of the Heldenhammer capable of outflanking the foe – to your advantage! This set also saves you money compared to getting the contents inside separately.

- 8x Gryph-Hounds, swift-scouting beasts that serve alongside the Stormcast Eternals

This set is supplied in 249 plastic components and comes with 18x 40mm bases.