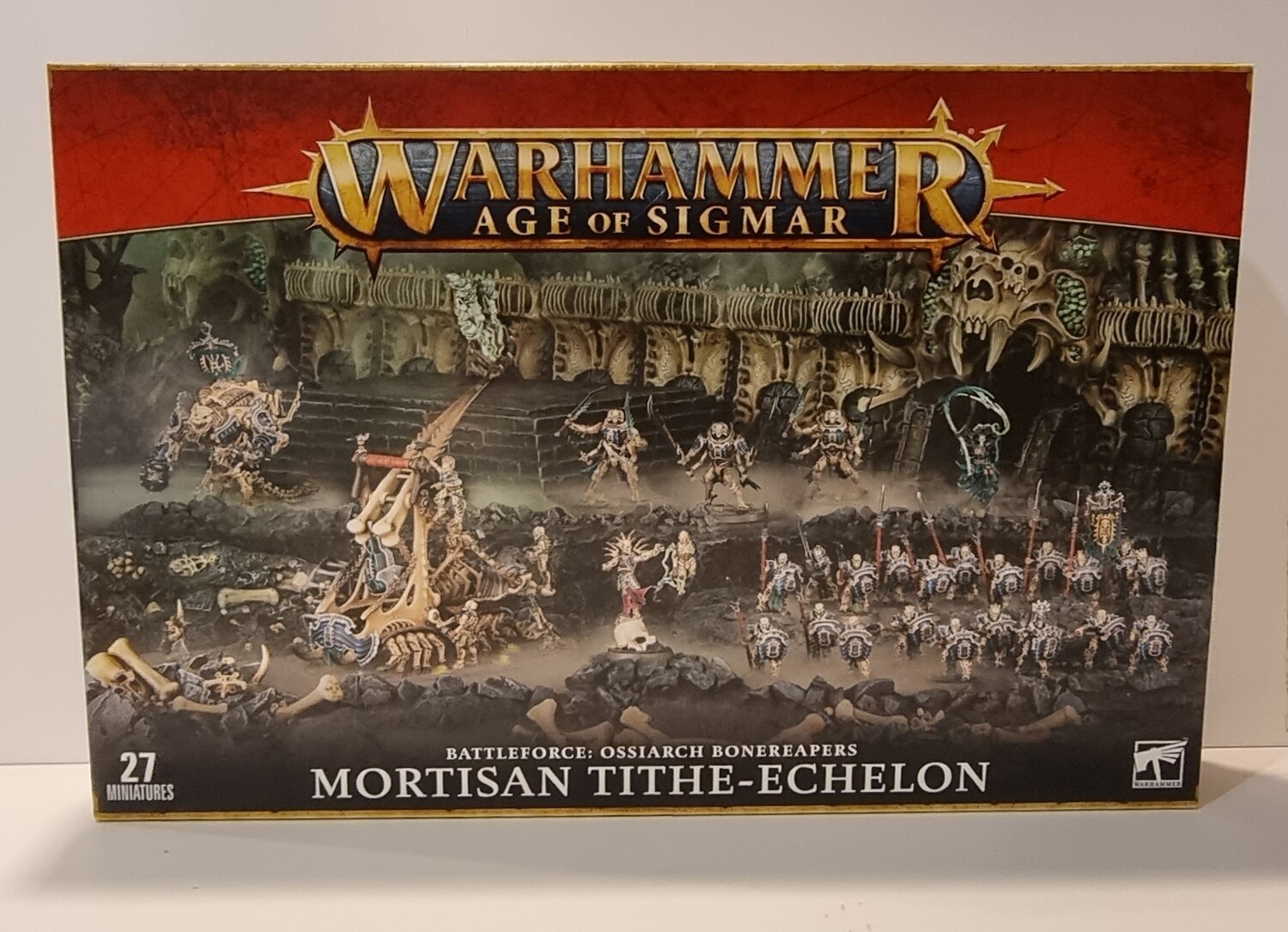 The Ossiarch Bonereapers come forth in macabre splendour, for they are Nagash's will given form. All that they kill becomes theirs, body and soul. This is a military force like no other, organised and efficient, led by generals created by the Supreme Lord of the Undead and lent a measure of his necromantic power.

Every living thing that dies in the Mortal Realms belongs to Nagash, or so he believes. If he cannot have their soul, then he will instead have their bones in order to build his mighty legions.

The Ossiarch Bonereapers collect this tithe, often by force, as Tithe-echelons march to battle led by fearsome and canny Mortisan commanders. Dissidents are extinguished with extreme force, while formations of Mortek Guard and towering Necropolis Stalkers march inexorably forward, replenished by Gothizzar Harvesters as they fall. Reap a bountiful bonetithe with this powerful collection.

3x Necropolis Stalkers (can alternatively be built as Immortis Guard)