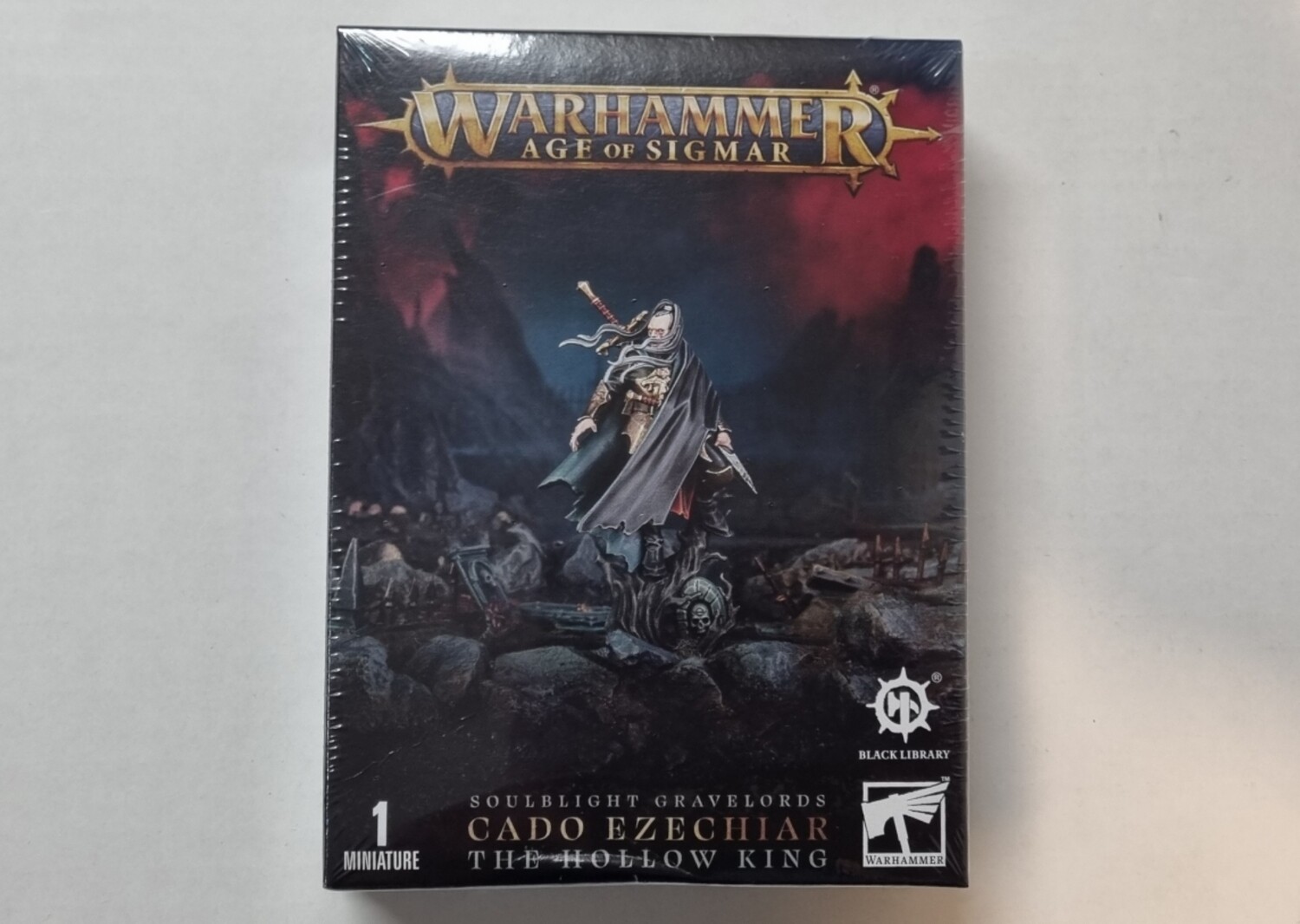 A tragic and terrifying wanderer, Cado Ezechiar has lost everything - and outlived the memory of the age that made him. A vampire who accepted the Soulblight curse as his people and kingdom fell to Chaos, Ezechiar travels the Realm of Death and beyond, seeking retribution. He is the Hollow King, haunted by the souls of those he failed, consumed by an insatiable bloody hunger, and driven by a burning need for atonement. Dour and cold, Cado is a man of iron control and ruthless justice, ever-balancing his mortal morality against a thirst for vengeance that would recolour the world in blood.

This multipart plastic kit builds Cado Ezerchiar, a vengeful vampire vagabond and star of Black Library fiction - including his own full-length novel, The Hollow King. A ruthless noble afflicted by the Soulblight curse, Cado carries a greatsword empowered by ancient silver runes, its imposing size offset by his inhuman strength. Surveying the battlefield with a vampiric snarl atop a twisted grave-tree, the Hollow King's flowing locks and timeworn cloak whip in an ominous wind, making him stand out from the crowd - inevitable, for an avenger of such infamy.

This kit comprises eight plastic components, and is supplied with a Citadel 40mm Round Base. This miniature is supplied unpainted and requires assembly - we recommend using Citadel Plastic Glue and Citadel Colour paints