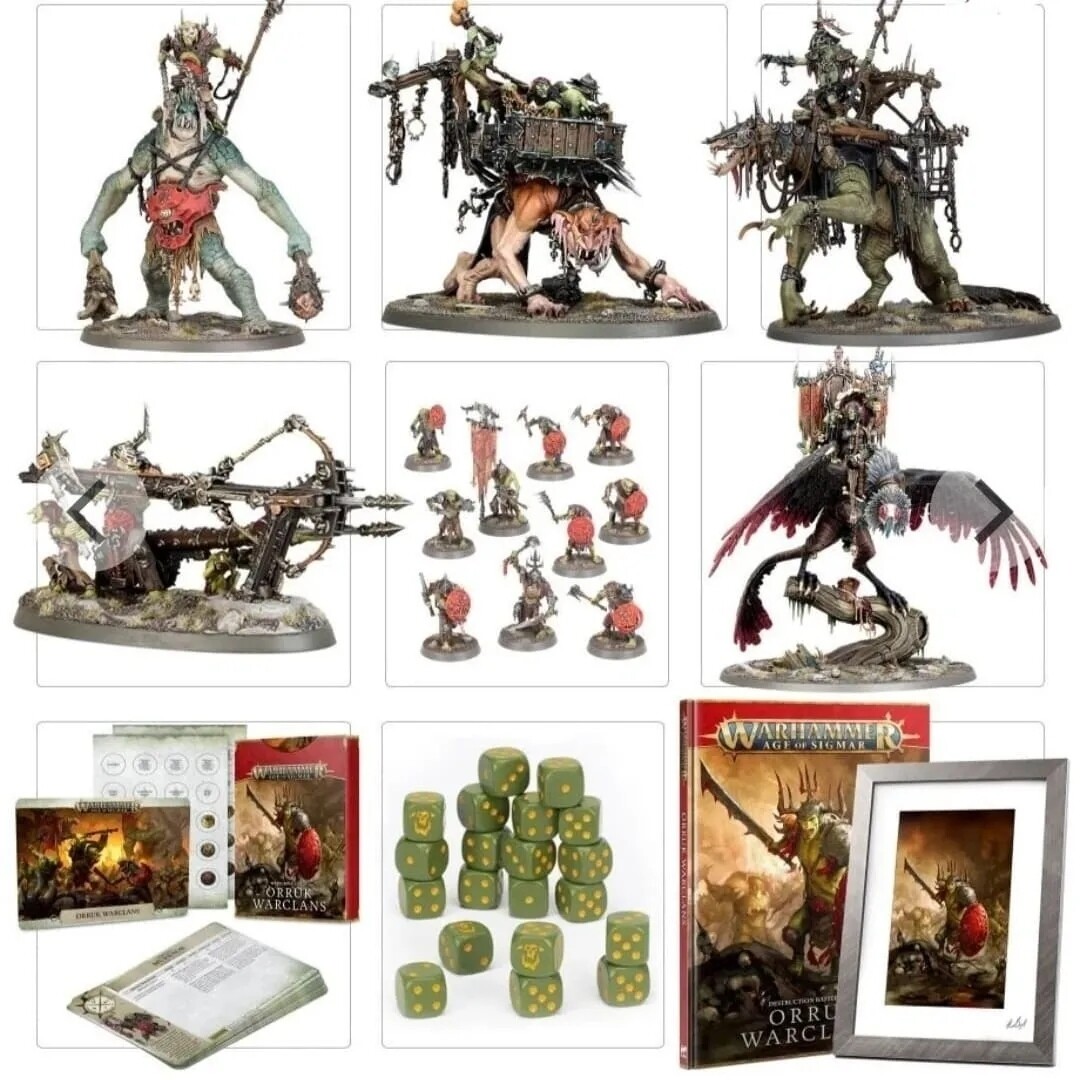 This bundle contains the following

– Battletome: Orruk Warclans, a 136-page book containing the background and rules you need to muster your very own brutal Waaagh!

– Warscroll Cards: Orruk Warclans, a set of reference cards featuring every kunnin' rule in your army

– Beast-skewer Killbow, a crude artillery piece able to fell even the most terrifying beasts of the Mortal Realms with ease

– Breaka-boss on Mirebrute Troggoth, a high-ranking Kruelboy riding a subjugated troggoth which he can whip into a frenzy in order to tear his foes limb from limb

– Swampboss Skumdrekk, a heavy hittin', monster-ridin' legend among Kruleboyz with a penchant for betting on battles with his Kountin' Krew. Can also be built as a Snatchaboss on Sludgeraker Beast

– 10 multi-part Gutrippaz, the core of any Kruleboyz fighting force

– Exclusive Artwork that depicts a Big Waaagh containing Kruelboyz, Savage Orruks and Ironjawz charging forward, as Corpse-rippa Vulchas circle in the sky – this is framed, numbered, and signed by the artist limited to 200 pieces