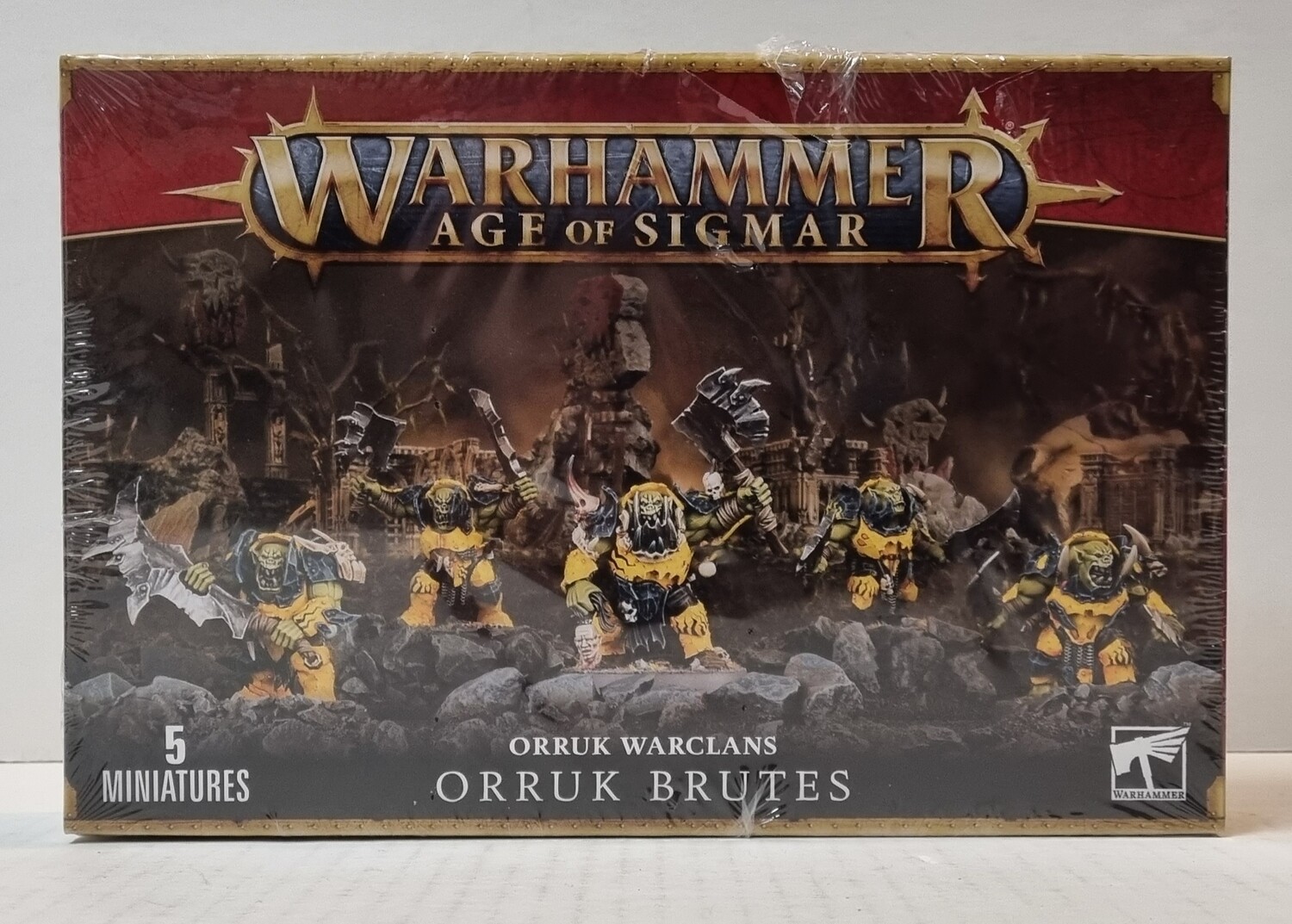 Lumbering, heavy-set creatures with furrowed brows and heavy armour, orruk Brutes are unconcerned with the complex things in life. Their minds are filled with one thing only - violence. Bigger and harder than most warriors of the mortal realms, Brutes fill out the warclans in a seemingly endless tide of green skin, angry shouting and tiny-minded aggression. After all, as they say – if smashing it ain’t working, get more boys to smash it with! Brutes seek out the largest enemies – or trees, or walls – that they can find, and set about them with determination, often being joined by dozens more, all clamouring to bring down whatever enemy (or object) has the temerity to be bigger than them.

This multi-part plastic kit contains the components you’ll need in order to assemble five orruk Brutes! Festooned with trophies of war, featuring massive metal or bone jaws, they can be armed with two choppas, or a double-handed jagged gore-hacka. One in five can be armed with a massive gore-choppa, and one model can be assembled as a Brute Boss, armed with either a boss choppa or a boss klaw and brute smasha. 102 Components in total, with 5 Citadel 40mm Round bases.