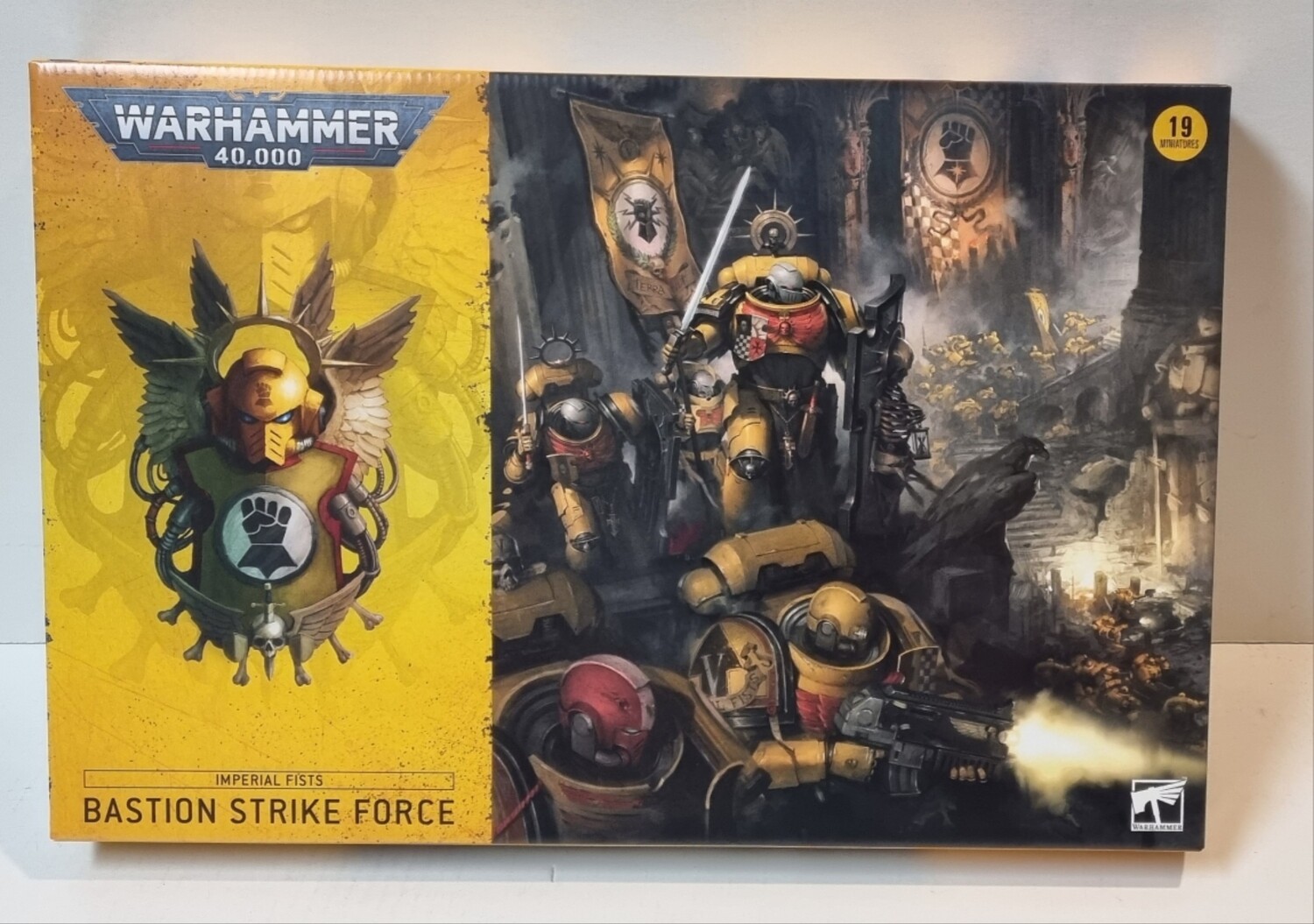 The Imperial Fists stand as stalwart as any fortress, the first and line last of the Imperium's defence. The sons of Dorn favour thick-plated Gravis armour for the added protection it provides, allowing their disciplined marksmen to wade into battle armed with heavy bolt weapons. Led by the stoic Tor Garadon, veteran of countless sieges, these implacable Space Marines trust in the purity of the bolt gun to fend off the enemies of Holy Terra.

This boxed set focuses on Gravis-armoured Space Marines, led by Tor Garadon and his deadly Hand of Defiance. Inside, you’ll find enough Heavy Intercessors for a gunline of three squads, plus a trio of fist-swinging Aggressors to further bolster your front. You’ll also receive plenty of Imperial Fists Primaris Upgrades to add some extra sons of Dorn style. This box provides 19 plastic models with a variety of armaments for shooting at long and close range, making it an ideal way to start a new Imperial Fists army or add to your existing Space Marines collection.

All models are supplied with their appropriate bases.