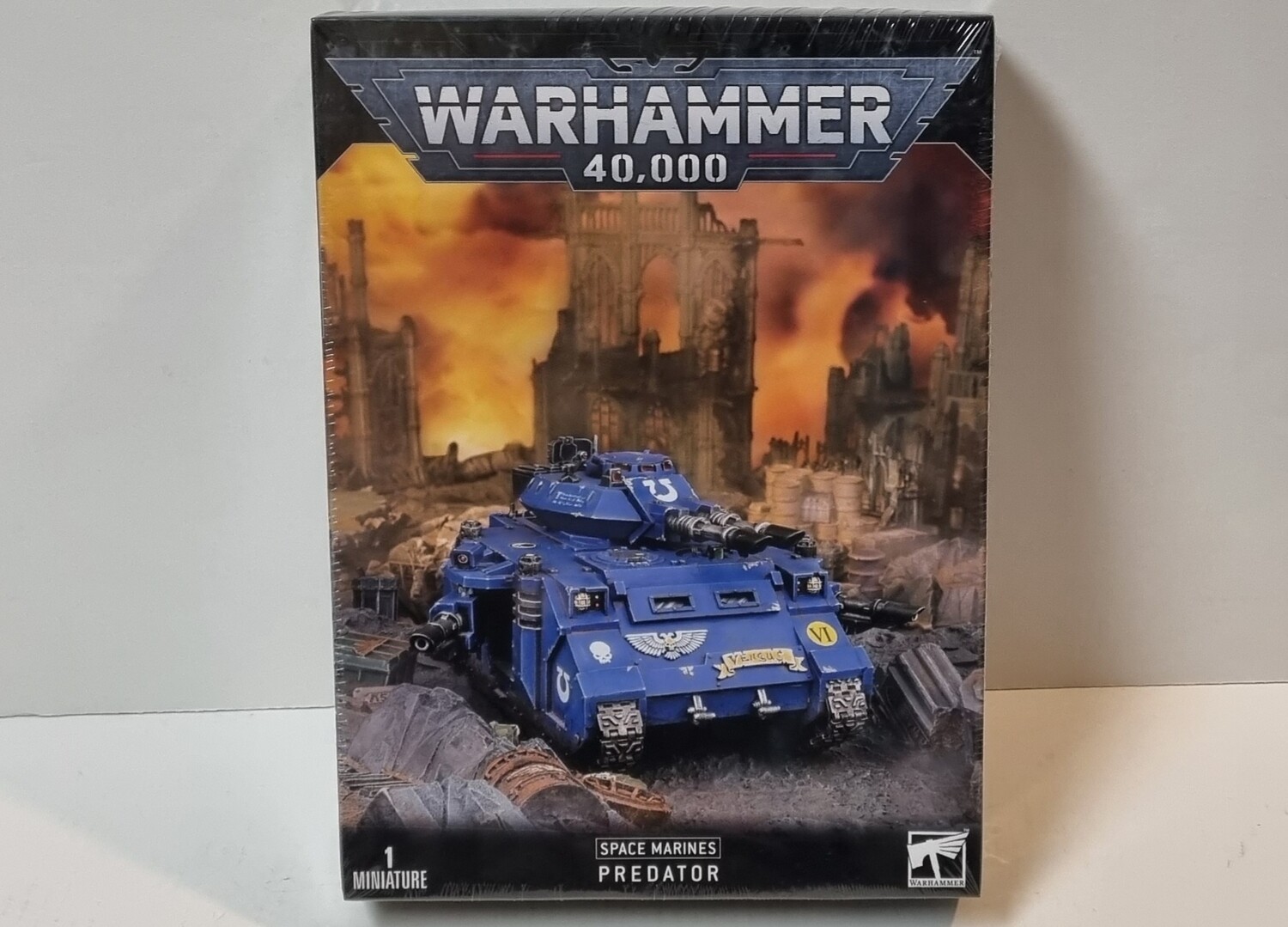 Predator Annihilators excel at leading armoured spearheads, moving at high speed and firing all the while. Their crews take pride in their particularly ferocious machine spirits, and gladly thunder into the fiercest fighting to blow apart enemy armoured columns and dense bunker complexes.

Based upon the Rhino chassis, the Predator sacrifices transport capacity for improved frontal armour and a heavy turret-mounted armament. With this kit you can build a Predator Annihilator armed with turret-mounted twin-linked lascannon. You have the option of adding two sponson-mounted heavy bolters or two sponson-mounted lascannons. Also included are an optional storm bolter and hunter-killer missile. Alternatively, this model may be built as a Predator Destructor using the included autocannon.

This 94-piece plastic kit makes one Predator Annihilator or Predator Destructor with a choice of sponson weapons. It comes supplied with an Ultramarines vehicle transfer sheet.