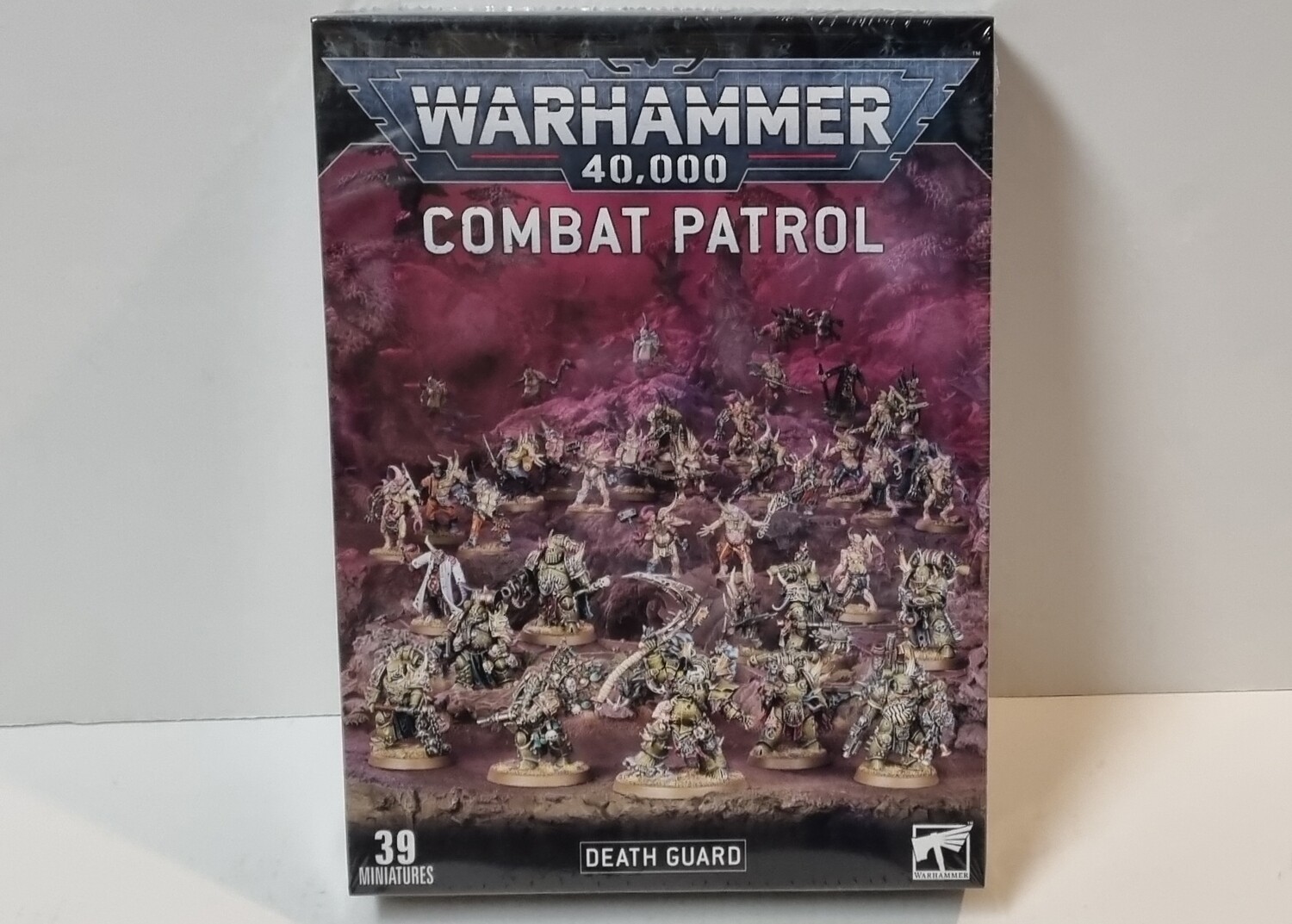 The Death Guard are the greatest champions of the Plague God, Grandfather Nurgle, his favoured spreaders of his bounteous gifts. Look upon them and see the signs: pus seeping from festering wounds that never heal; miasmic smogs of corrosive, stinking gas hanging thickly in the air wherever Nurgle’s chosen tread; the wriggling, lamprey-mouthed tick-leeches that clamp on to their rotting flesh; the droning billions of plague flies that swarm the battlefields they stalk and the ships in which they course through the stars.

Combat Patrol is the smallest sized game, and this Death Guard force is a great way to start – regardless of whether you want to play an open play game, forge a narrative with a Crusade army, or compete in a matched play mission. If this is the beginning of your first-ever Death Guard army or you're looking at adding to an existing force, this box is ideal.