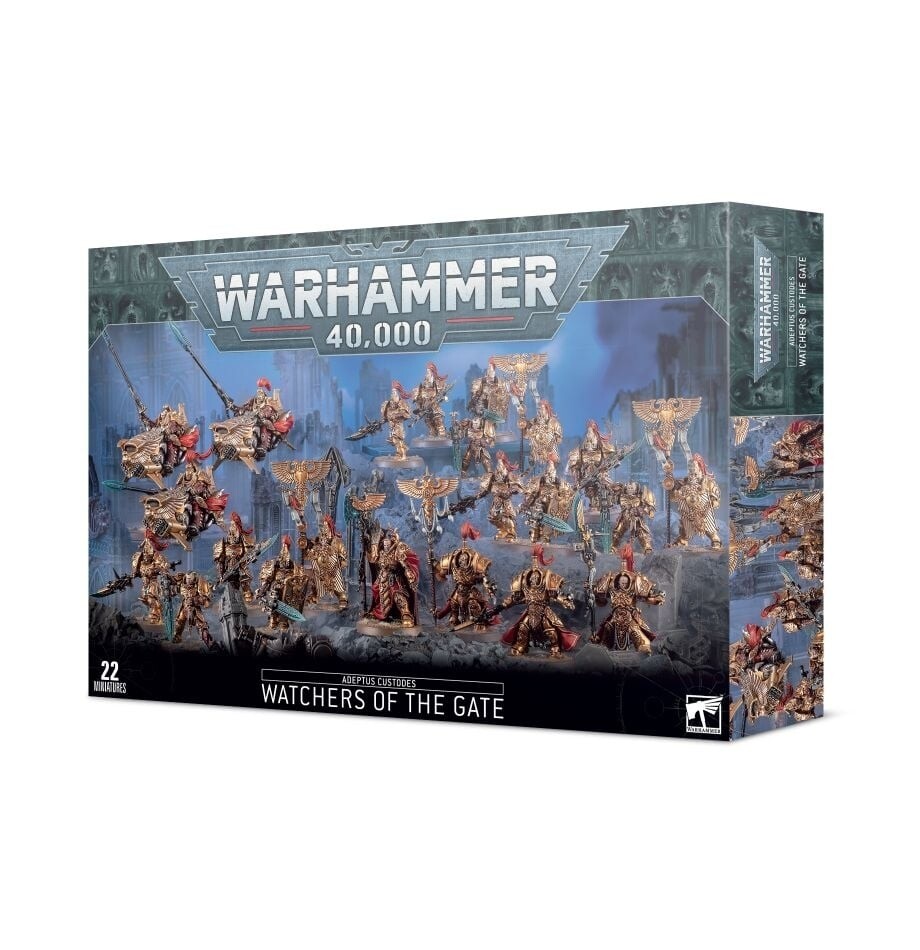 The Adeptus Custodes are charged with nothing less than protecting the Emperor of Mankind from any and all dangers. Though the scope of their mission has expanded under the rule of the reborn Primarch and Imperial Regent Roboute Guilliman, there will forever remain a sizeable contingent of these superlative warriors guarding the Golden Throne on Holy Terra. In this they are led by the highest ranking member of their kind – Captain-General Trajann Valoris, seen by many as the personal representative of the Emperor himself.

This boxed set contains a powerful contingent of Adeptus Custodes under the leadership of Captain-General Trajann Valoris. This legendary warrior is more than a match for all but the very mightiest denizens of the 41st Millennium – even more so when supported by highly-mobile Vertus Praetors, nigh-indestructible Custodians in Allarus Terminator armour, and a large force of versatile Custodian Guards, the finest infantry in the galaxy. This box provides 22 plastic models with a huge variety of weapon options and alternative builds, making it an ideal way to start a new Adeptus Custodes army or customise your existing collection.

– 3x Vertus Praetors, one of which can be built as a Shield-Captain on Dawneagle Jetbike

– 15x Custodian Guards, which include components to build some as Shield-Captains and Vexilus Praetors

All models are supplied with their appropriate bases.