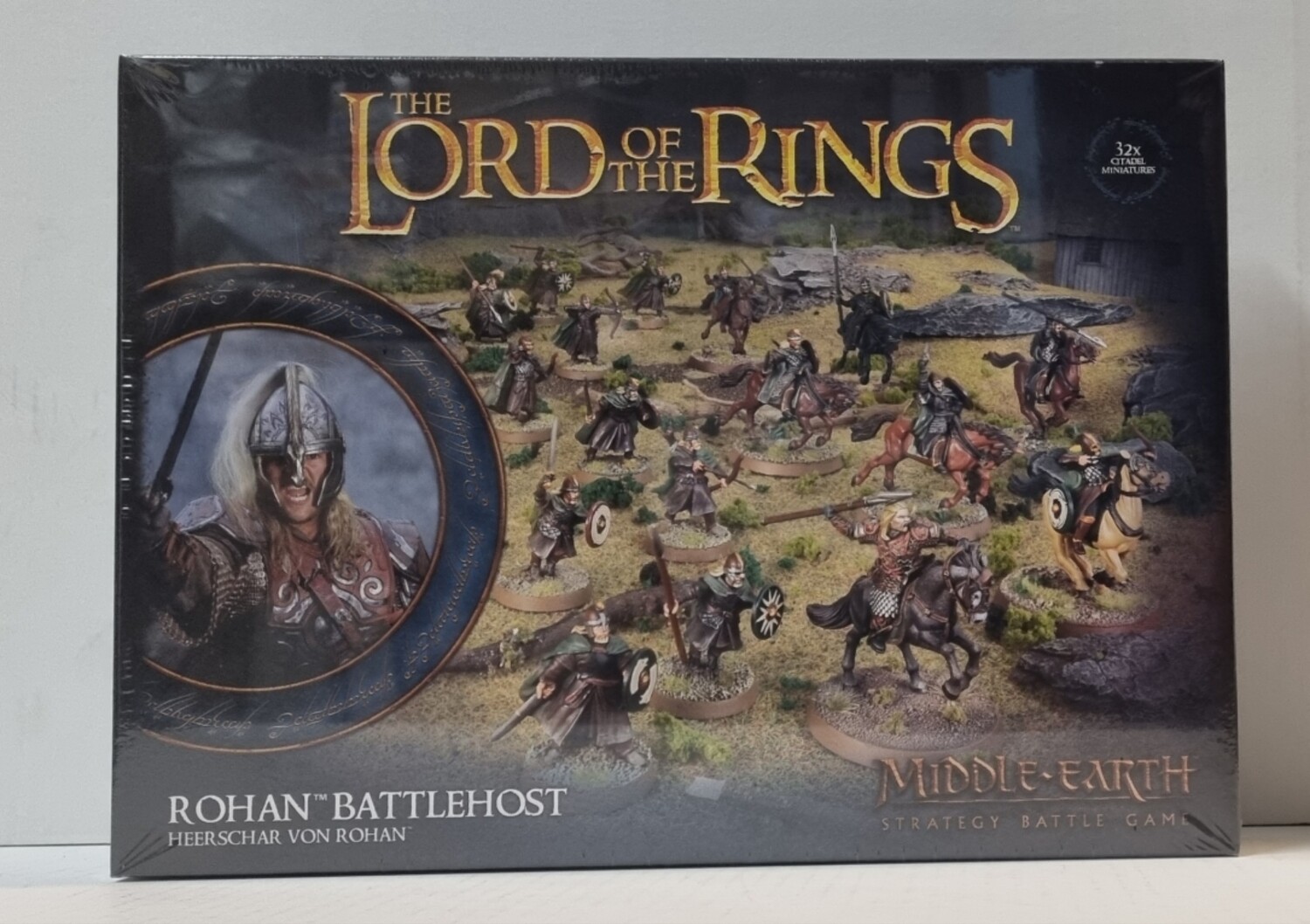 Saddle up and muster the Riders of Rohan and the Warriors of Rohan beneath the banner of Éomer, Marshal of the Riddermark, and take the fight to the forces of Evil.

This thundering box contains 32 plastic Citadel miniatures for use in games of Middle-earth™ Strategy Battle Game, and is an ideal way for existing players to bolster their forces, or for new collectors to get into the game.

Available for free alongside this Battlehost is a Quickstart Rules Guide PDF with simplified Core Rules and Scenarios along with a Quickstart Booklet PDF with the miniature profiles to help you get started playing as easily as possible.

1x Éomer™, Marshal of the Riddermark™ on Foot

This set contains 32 plastic miniatures which come with all required bases. Miniatures are supplied unassembled and unpainted – we recommend Citadel Plastic Glue and Citadel Colour paints.