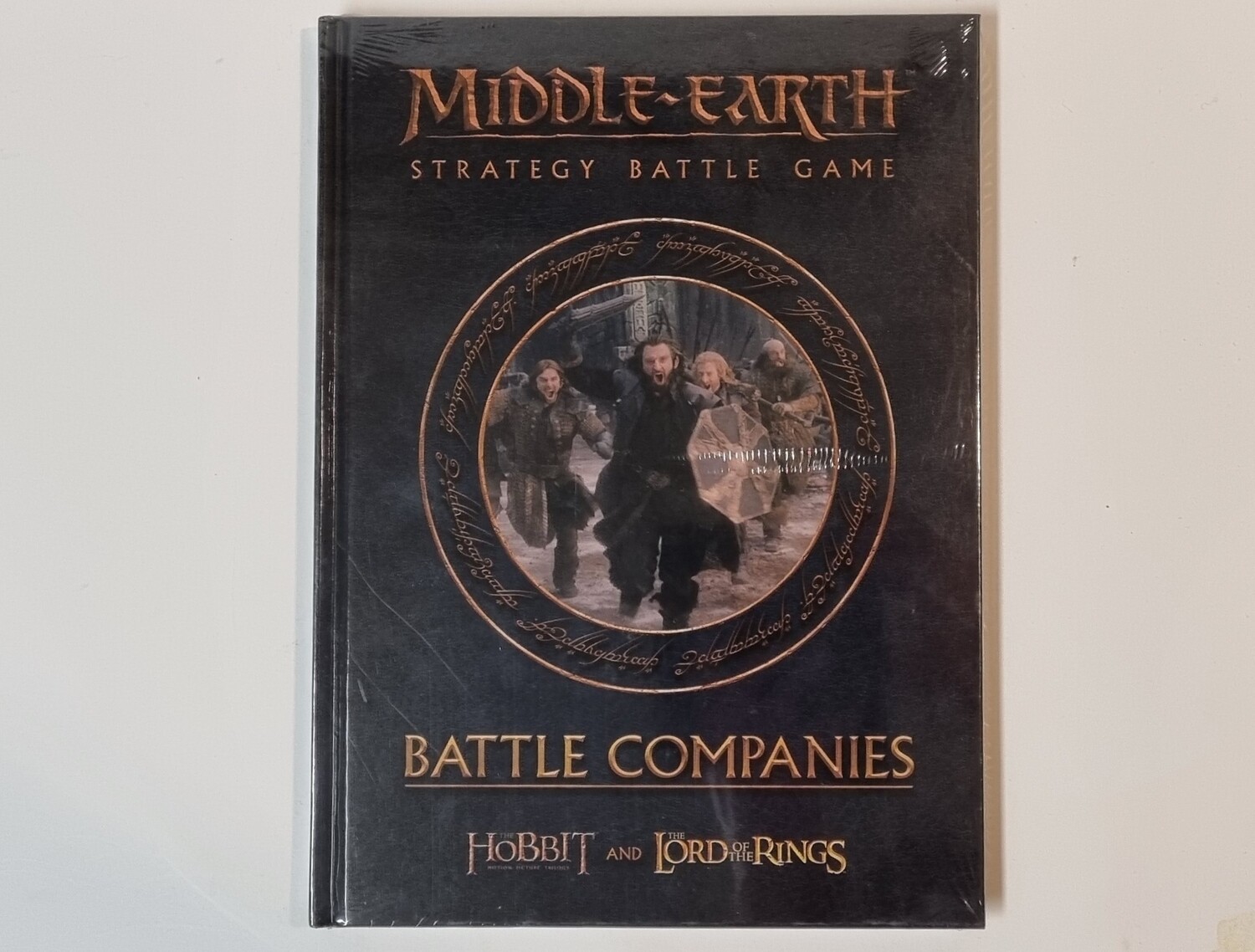 Battle Companies is an expansion to the Middle-earth Strategy Battle Game that enables you to assemble small groups of Warriors that, over the course of several games, will progress and develop into your own unique warbands. Create your own Heroes and Villains of Middle-earth, and forge them into legend through the deeds they perform on the battlefield.

This book contains all of the rules for playing games of Battle Companies, including a host of races and factions, wargear upgrades, equipment options and much more.

- 38 different Battle Companies from all corners of Middle-earth, each with their own special rules, advancements and abilities

- Full rules for advancing the members of your Battle Company, including progression charts, injury tables, armouries and more

This expansion supports both The Hobbit™ and The Lord of The Rings™, incorporating the Citadel and Forge World miniatures ranges. You will need a copy of the Middle-earth Strategy Battle Game Rules Manual to use this expansion, as well the Armies of The Lord of the Rings™ and the Armies of The Hobbit™ for the model profiles, according to your choice of Battle Companies warband.