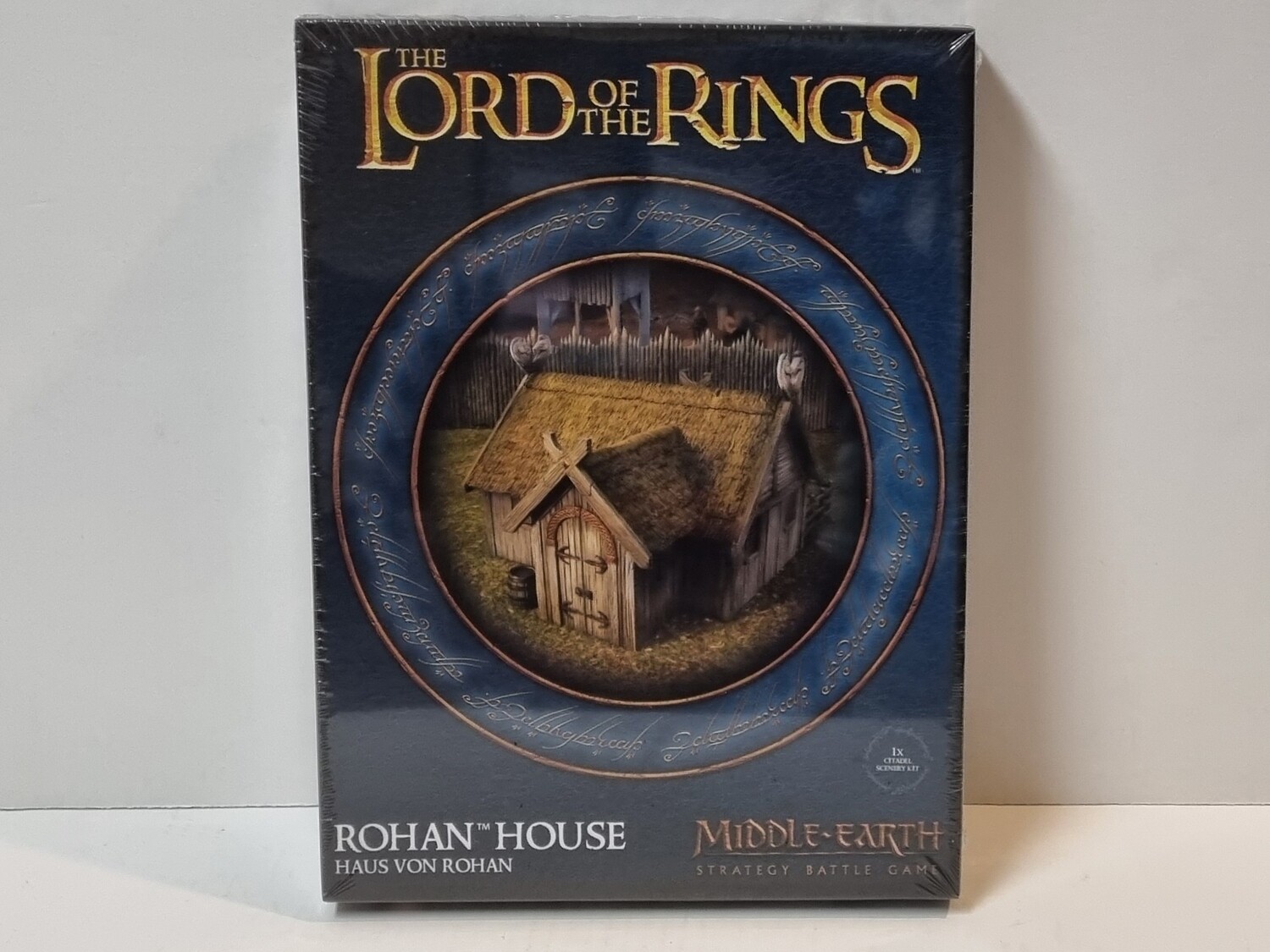 Middle-Earth, 30-47, Rohan house, House of Rohan, The Lord of the Rings

Rohan has seen much war and turmoil in its relatively brief history, but more recently, many of its settlements have been coming under attack by roving war parties of Uruk-hai and vengeful Dunlendings.

This modular, multipart plastic terrain kit enables you to build one Rohan House. The building’s walls are double-sided and there is a choice of two different finishes to the roof timbers for added variety. The kit also includes a number of fences, barrels and ropes, as well as optional components with which you can build a dormer window and porch.