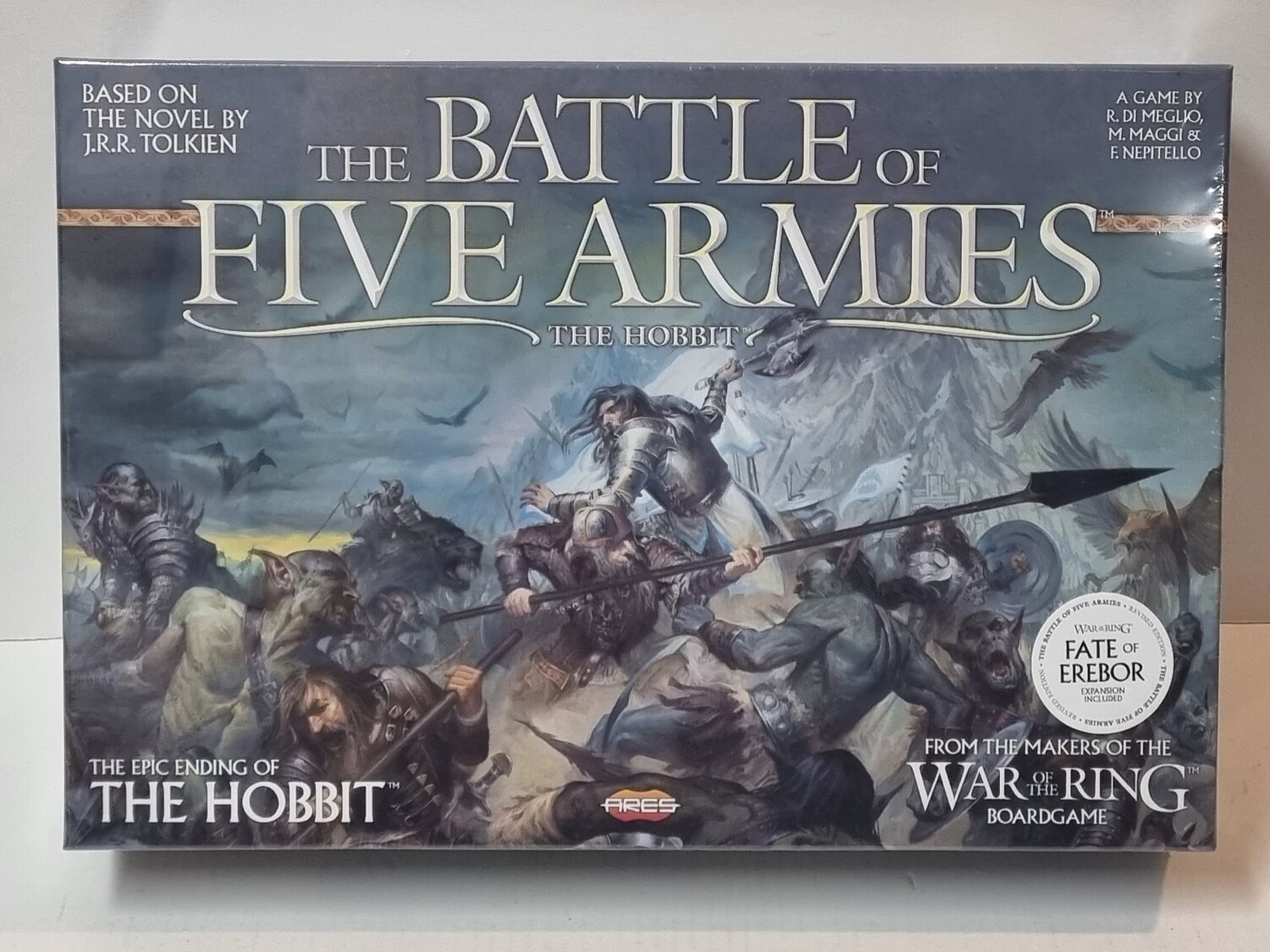 Bordspel, The Battle of Five Armies, The Hobbit

The Battle of Five Armies – based on the climax of JRR Tolkien's novel The Hobbit – pits the hosts of the Elvenking, the Dwarves of Dain Ironfoot, and the Men of the Lake led by Bard the Bowman against a horde of Wolves, Goblins and Bats led by Bolg, son of Azog. Will Gandalf turn the tide for the Free Peoples? Will the Eagles arrive, or Beorn come to the rescue? Or will Bilbo the Hobbit perish in a last stand on Ravenhill?

The Battle of Five Armies features a game board representing the Eastern and Southern spurs of the Lonely Mountain and the valley they encircle, and a number of plastic figures representing troops, heroes and monsters.

The Battle of Five Armies is a standalone game based on the rules for War of the Ring, which is from the same designers, but with the rules modified to function on a tactical level as they describe a smaller battle rather than the entire war. Ares Games plans to expand the Battles game system in the future, releasing expansions depicting other battles from the Third Age of Middle-earth narrated in The Lord of the Rings, such as the Siege of Gondor and the assault of Saruman against Rohan.