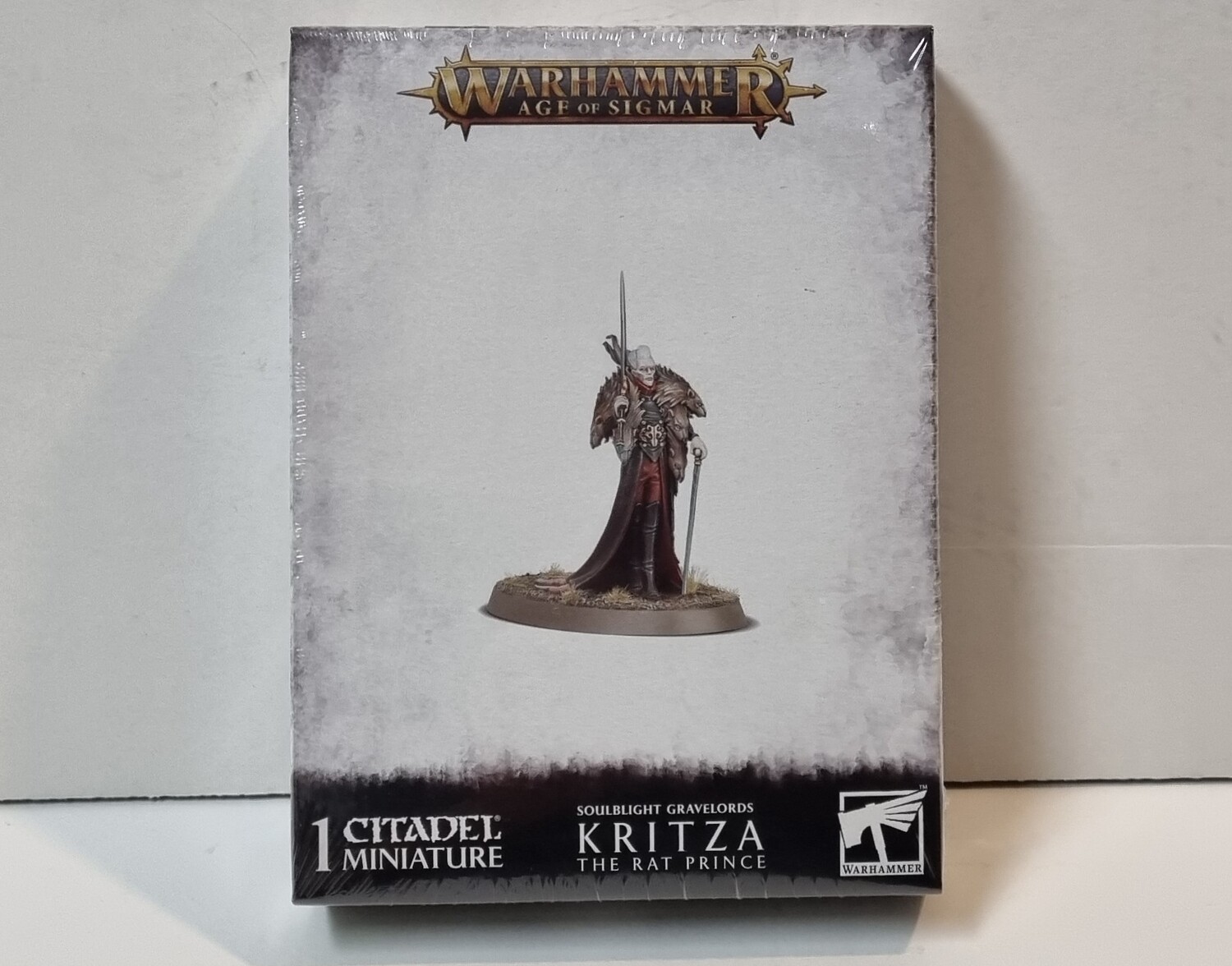 Though Kritza professes nobility, in reality, his soul is as odious as the sewers that are his lair. Swathed in choking perfume, the Rat Prince is nevertheless a cunning adversary, returning after each apparent defeat to exact a cruel revenge.

Kritza is all but unkillable on the battlefield thanks to his ability to disappear into a swarm of rats at the apparent point of death, only to reappear elsewhere, ready to seek his vengeance on his would-be killer. If you're looking for something to thwart your opponent's battle plans, look no further than Kritza.

This 9-part plastic kit makes one Kritza model and comes supplied with a Citadel 60mm Oval Base.