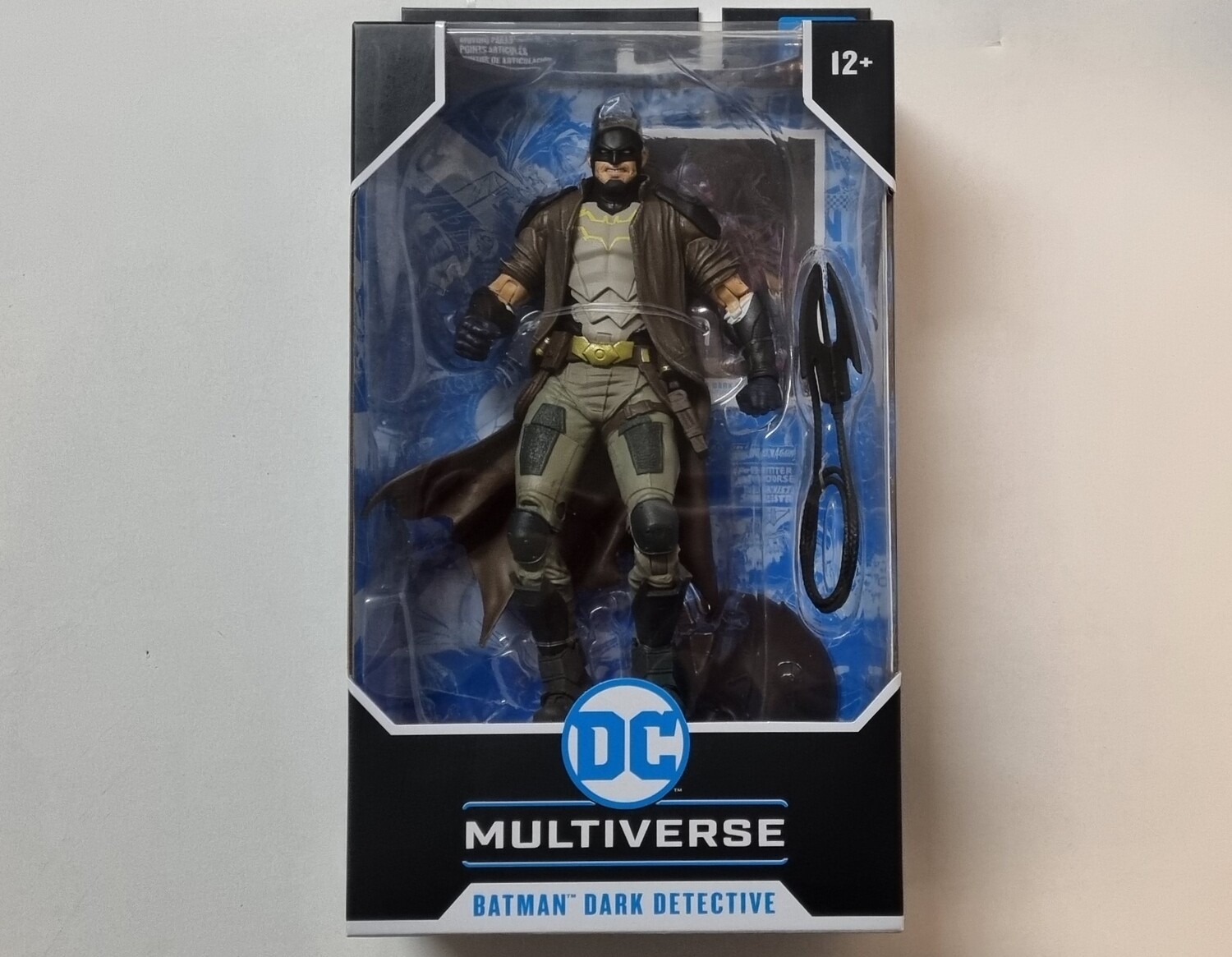 As a child, Bruce Wayne watched as his parents were brutally killed in Gotham City’s Crime Alley.

Traumatized by their deaths, he devoted his life to becoming the world’s greatest weapon against crime - the Batman! To become the ultimate vigilante, the Dark Knight disciplined his mind and body to reach the pinnacle of mental and physical superiority in his relentless pursuit of justice! A tyrannical group known as the Magistrate has taken over policing Gotham City and are cracking down on anyone wearing a mask—heroes and villains alike.

After discovering Batman’s secret identity, Bruce Wayne disappears fast and almost loses his life in the process. He maintains the illusion that Bruce Wayne’s dead and operates out of a basement as his new Batcave as he tries to save Gotham City from its new oppressors.

Key Features:
- Incredibly detailed 17,5 cm scale figure based off the DC Multiverse
- Designed with Ultra Articulation with up to 22 moving parts for full range of posing and play
- Dark Detective is featured in his look from DC Future State
- Dark Detective comes with a grapple with rope and a base
- Included collectible art card with figure photography on the front, and character biography on the back