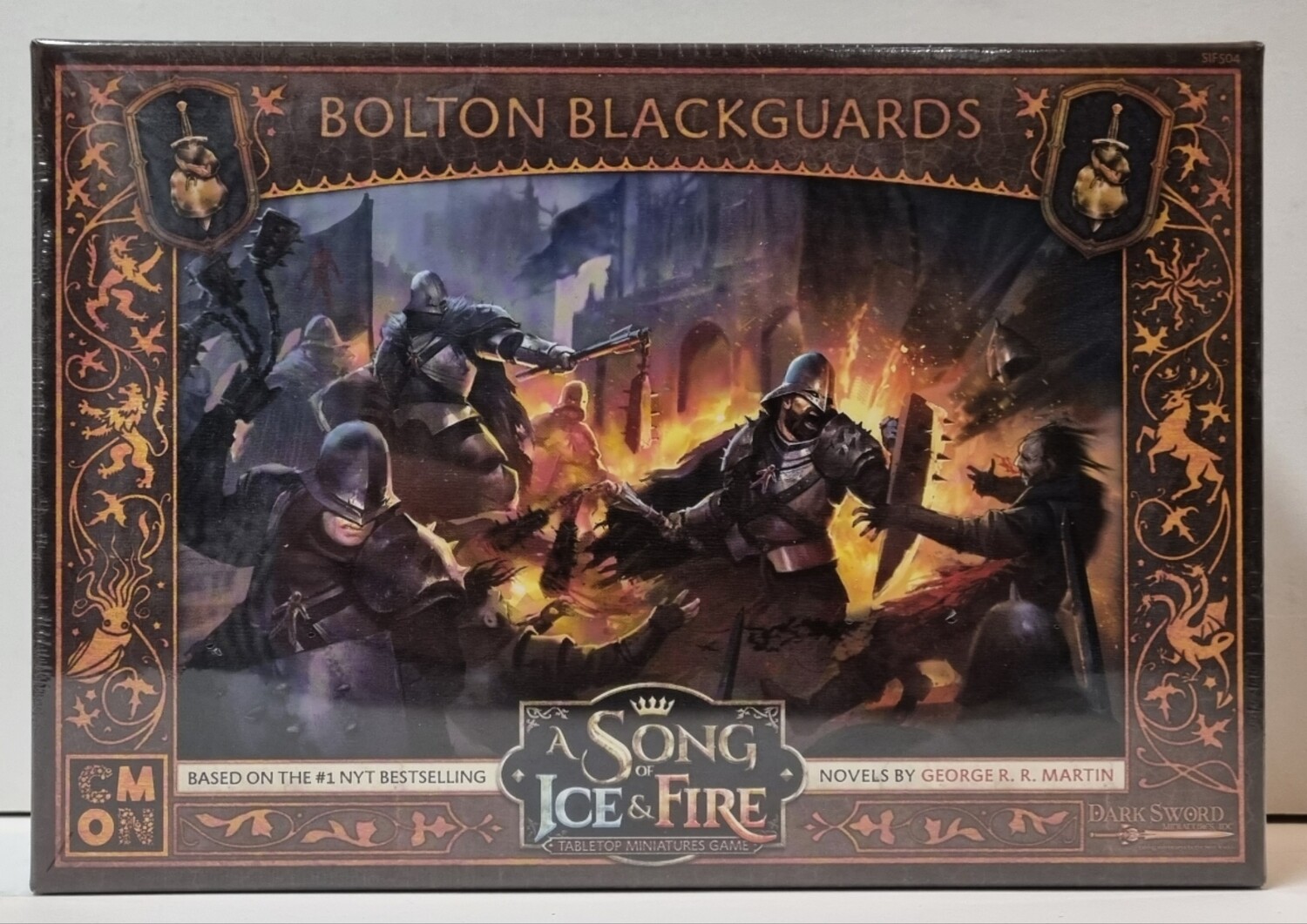 House Bolton Employs the Most Vicious Fighters in Westeros

House Bolton’s reputation makes you either run in terror or calls you to celebrate their wanton violence and slaughter. The Bolton Blackguards universally fall into the latter type of person. Some of the most heavily-armored units fielded in Westeros, their heavy two-handed flails make enemy shields all but useless. Their reputation alone can cause enemies to break and run before the battle has begun.

The Bolton Blackguards unit box gives commanders a terrifying new unit to employ on the battlefield. Heavily armored, the Blackguards’ reputation and looks alone will cause enemies to make a Panic Test whenever they want to attack them in melee. Adding a Bolton Flayer unit attachment to the unit only increases their effectiveness, as they’ll restore Wounds each time an enemy fails a Panic Test while engaged with them.

The 13 figures in the Bolton Blackguards unit box come pre-assembled, made out of beautifully molded pre-assembled, colored plastic. They’re ready to play right out of the box.

The stat cards for both the unit and the Bolton Flayer Unit Attachment are included, so commanders don’t have to search through books to find their rules.

Being a Neutral unit, the Bolton Blackguards can be fielded by several different armies, or used as part of a Neutral-only force, giving many commanders a new option for their forces.