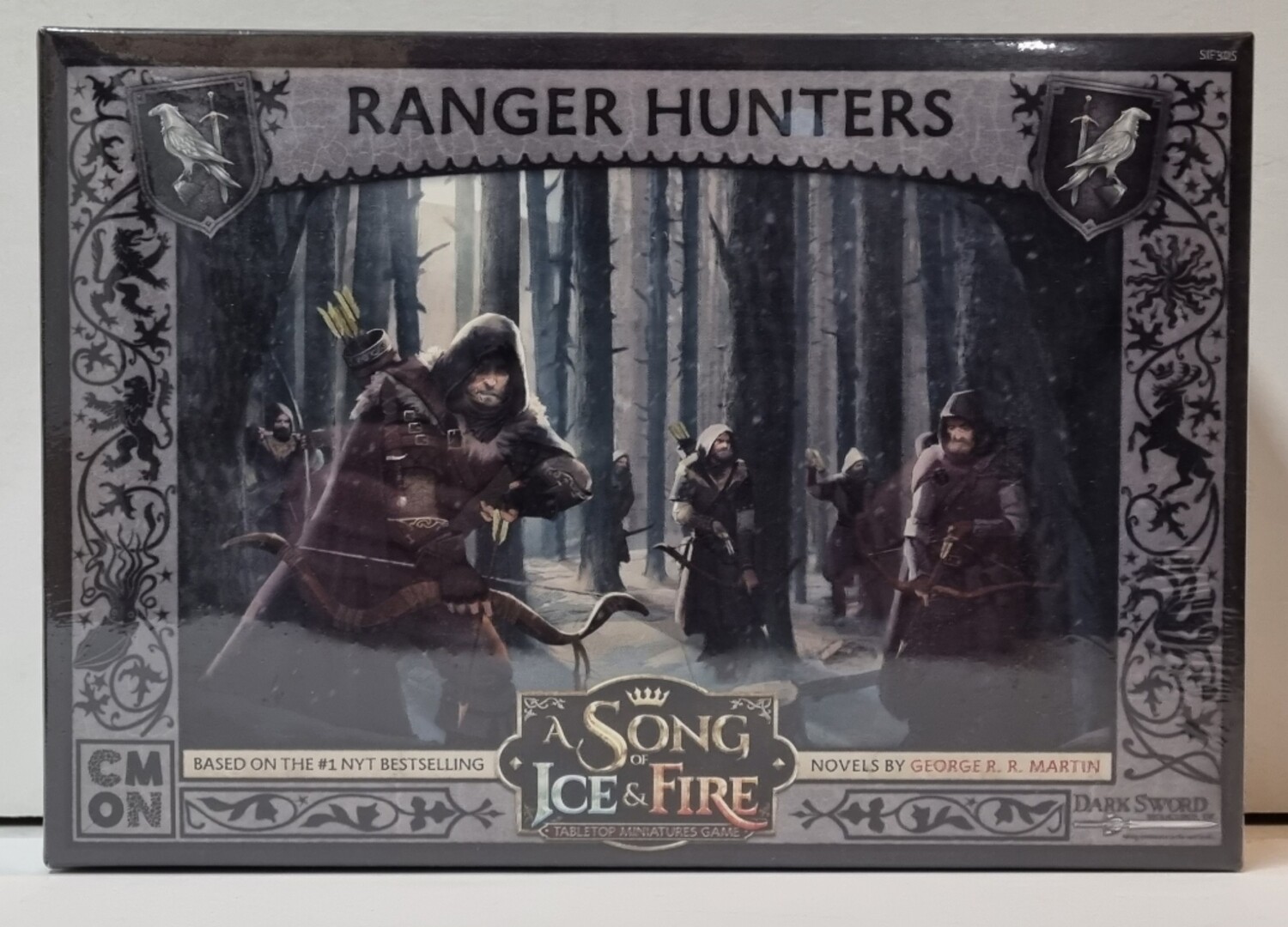 Swift strikes from nimble attackers can fell any foe.

Speed is often the deciding factor in combat. The one that can get in a good, strong strike against their opponent will be at an advantage for the rest of the battle. The swift Ranger Hunters excel at lightning-fast strikes. Using either their short bow or their trusty daggers, they conduct rapid raids against enemies. However, that speed comes at a price in terms of armor. If caught in a protracted engagement, the favor quickly tips against them.

The Ranger Hunters Unit Box for the A Song of Ice and Fire: Tabletop Miniatures Game gives Night’s Watch Commanders a fast and agile unit on the battlefield. Their short bows can reach out and attack enemies before they can fight back. In melee, their Swift Strike attack allows them a free Retreat maneuver afterward. They also gain a bonus when attacking enemies that have yet to activate, allowing them to reroll misses once.

The Ranger Hunters are a highly adaptable unit, able to strike from afar and finish off foes at close range, giving commanders new options for their force.

Everything in One Box

The box comes with Unit card, Movement Tray, and a full pre-assembled unit of Ranger Hunters and are ready to play right away.