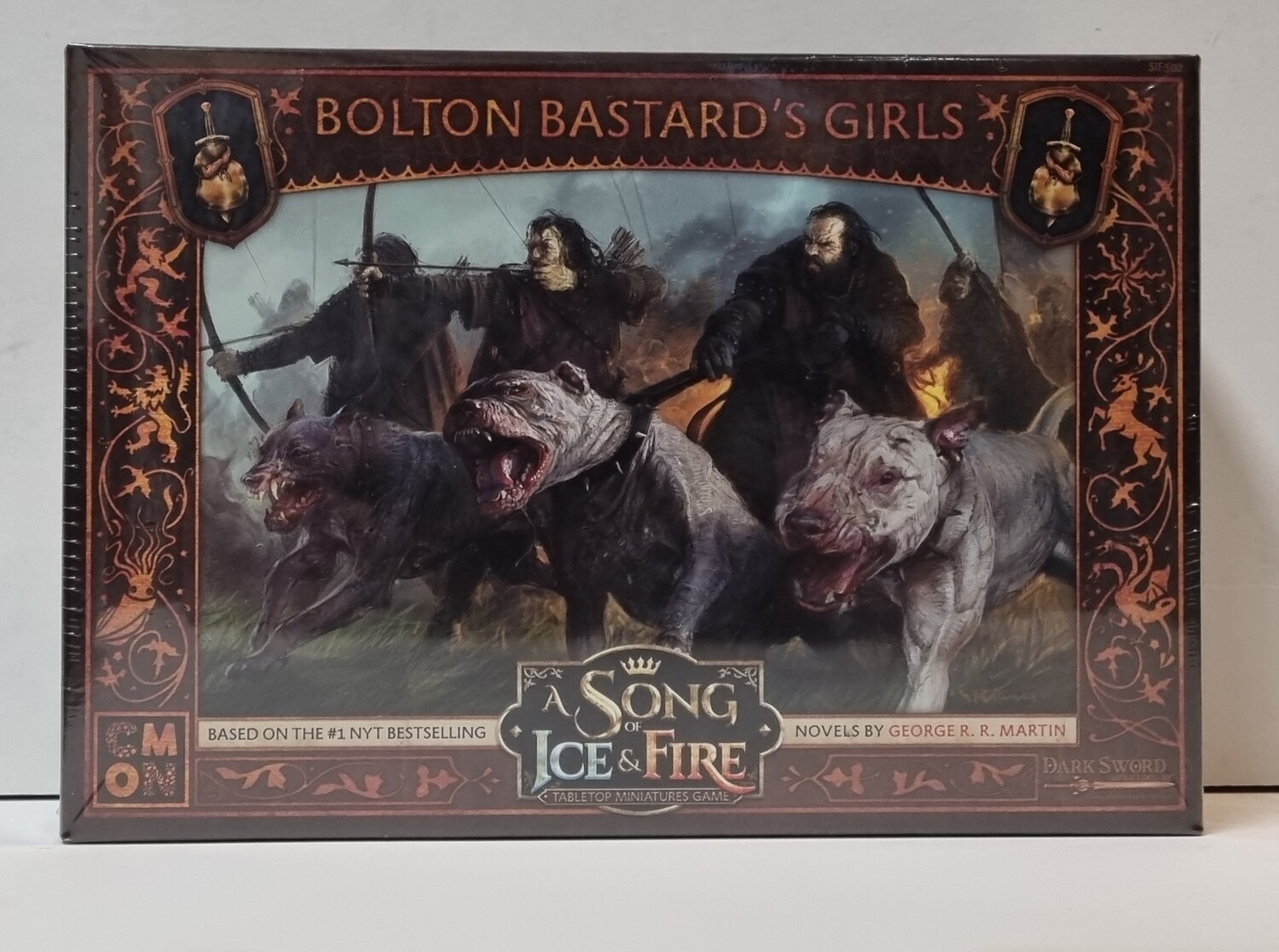 Let slip the dogs of war.

Dogs have been used as part of the hunt for hundreds of years. Their keen sense of smell, swift running speed, and vicious bite have helped man put food on the table since their domestication. House Bolton, though, has trained dogs to not just hunt wild game, but men out on the field of battle. Accompanied by handlers, whose arrows help slow their prey, the dogs are quick to chew apart anyone they catch.

The Bolton Bastard’s Girls Unit Box for the A Song of Ice and Fire: Tabletop Miniatures Game allows Commanders to field this squad as part of their force. Being a Neutral unit, any house can hire them on. Lightly armored, these swift hunters can easily take down enemies with a combination of arrows and teeth.

The box contains 12 highly-detailed miniature figures in pre-assembled colored plastic, letting them hit the battlefield right out of the box.

As a Neutral unit, the Bastard’s Girls can be fielded by any army in the game.

The Bastard’s Girls maintain steady stats as they take casualties, a rarity as many units will lose effectiveness as they are cut down.