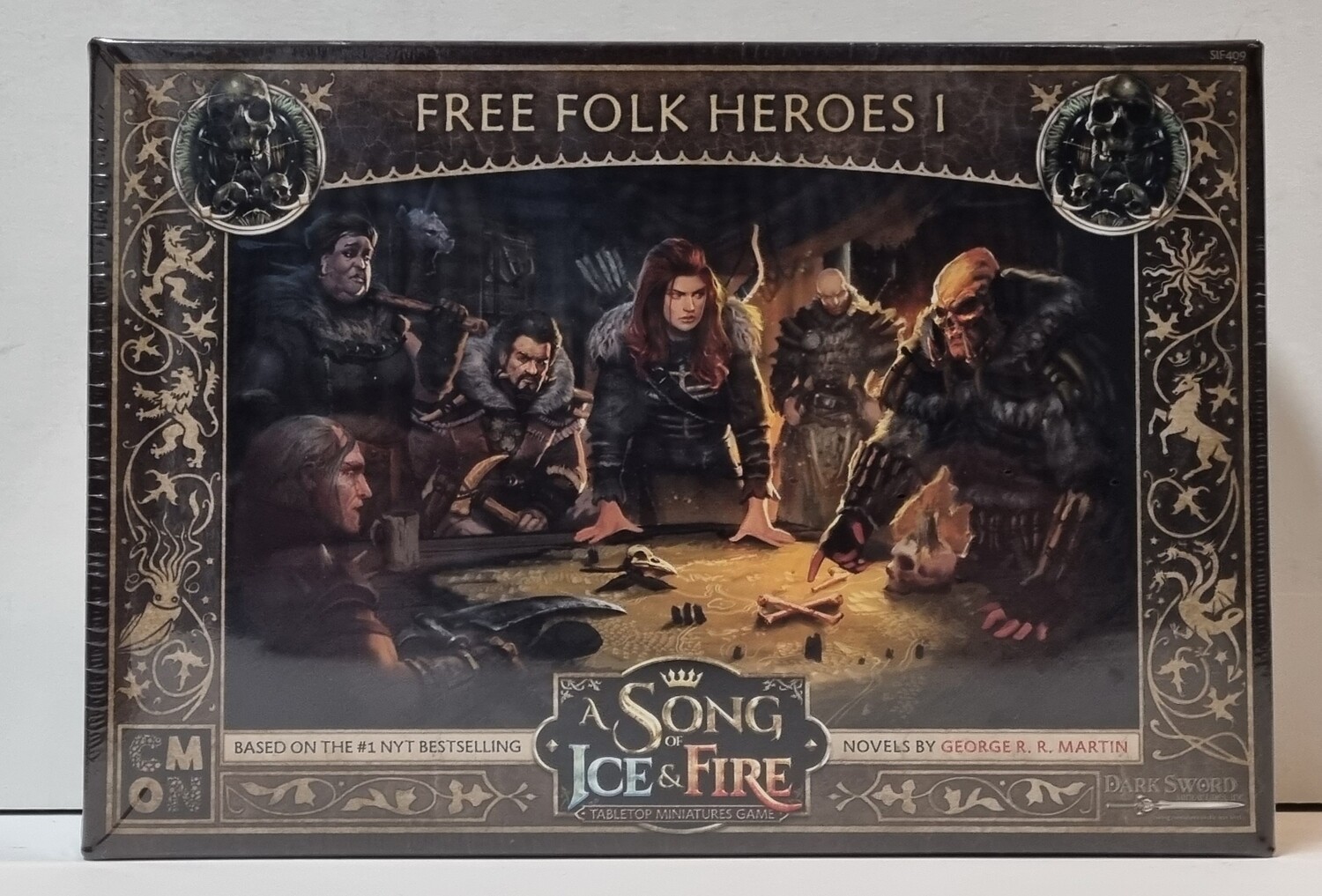 Even a Rag-Tag Group like the Free Folk Have Leaders.

The Free Folk aren’t necessarily fighting to place a representative on the Iron Throne. Though, they certainly would if given the opportunity. They are just trying to fight for an equal opportunity to live life like the southerners do, with their own lands and the rights to do on them as they please. From out of this rag-tag band, heroes have arisen to take leadership roles within the various tribes.

The Free Folk Heroes I box gives Free Folk Commanders a whole host of new options for their forces. Coming up from the ranks of everyday men and women, people like Rattleshirt, Harma the Dogshead, or The Weeper, are set to move the course of the Free Folk in certain directions. This set includes both Unit Attachments as well as Non-Combat Units, including several Commanders and their accompanying Tactics cards. The fate of the Free Folk is in their hands.

This set contains 37 cards, detailing the rules for the various miniatures inside, as well as their accompanying Tactics cards for Commander miniatures where necessary.

The seven figures in the Free Folk Heroes 1 box come pre-assembled in colored plastic, making them ready for the battlefield right out of the box.

All of these new Commander, Unit Attachment, and Non-Combat Unit figures give Free Folk Commanders a whole host of new options when building their army for the battlefield.