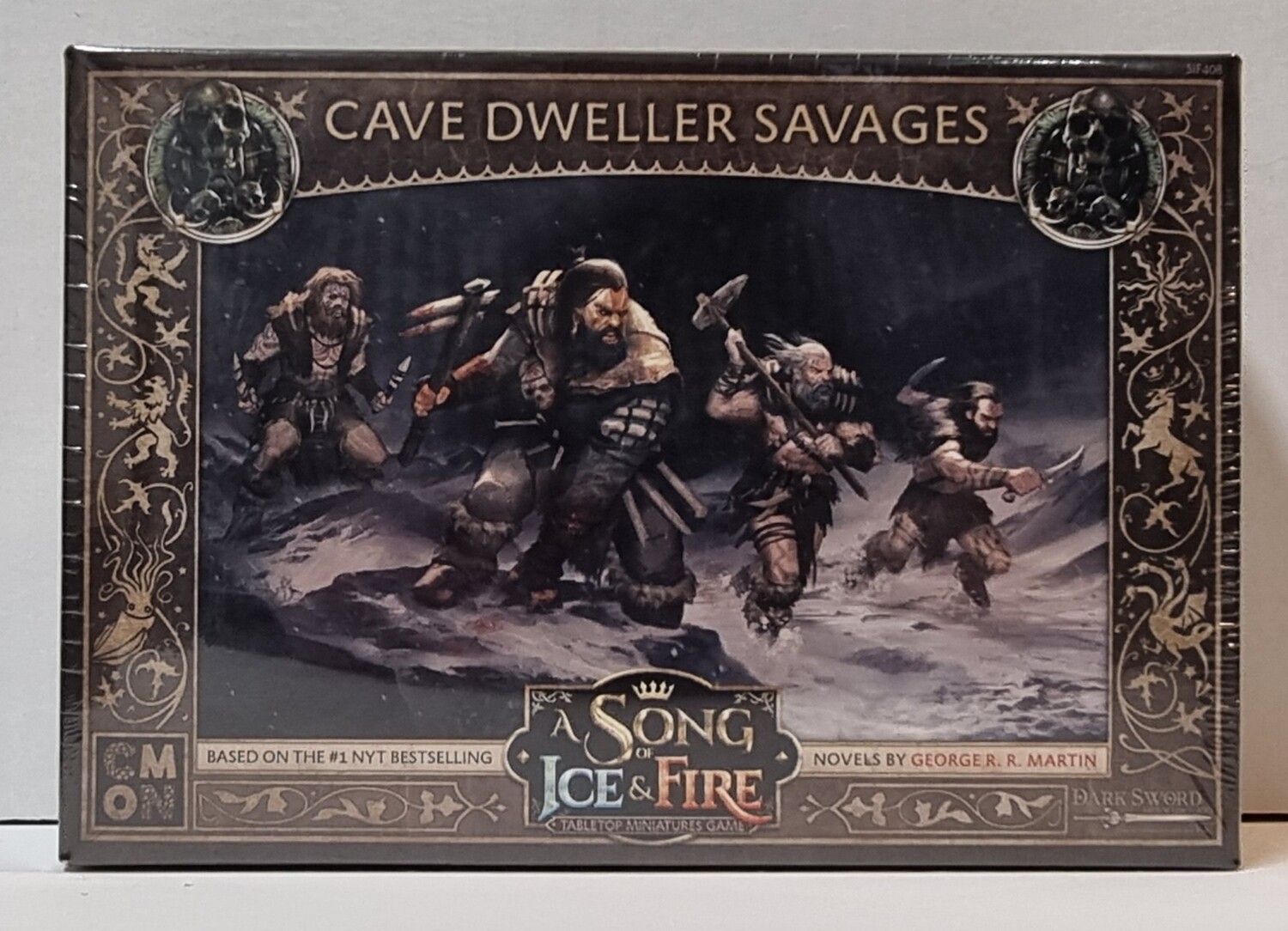 They Say that War is Savage, These Men Exemplify That.

The Free Folk are often framed as simple savages by those that live further south. In many instances, that evaluation is wrong. While the Free Folk don’t harbor the trapping of much of civilization, they are not simply savages. The Cave Dwellers, though… they are simply savages. The Cave Dweller Savages Unit Box gives Free Folk commanders a new option on the battlefield. While the unit is armed simply with scavenged weapons they’ve found along the way to the battle, and are clothed in not much more than ratty old skins, they are still fearsome on the field, wading into combat with wild abandon. To further their fury, there is the Cave Dweller Alpha Unit Attachment, who can enhance the combat prowess of any unit they join.

The cards for both the Cave Dweller Savages unit, along with the Savage Alpha Unit Attachment are included in the set, so Commanders don’t have to flip pages in a book to know what their warriors are capable of.

The 13 figures in the box come pre-assembled in colored plastic, making them ready to play right out of the box.

As a relatively cheap unit, the Cave Dweller Savages can be fielded en masse, adding needed numbers to an army and giving Commanders new options on the battlefield.