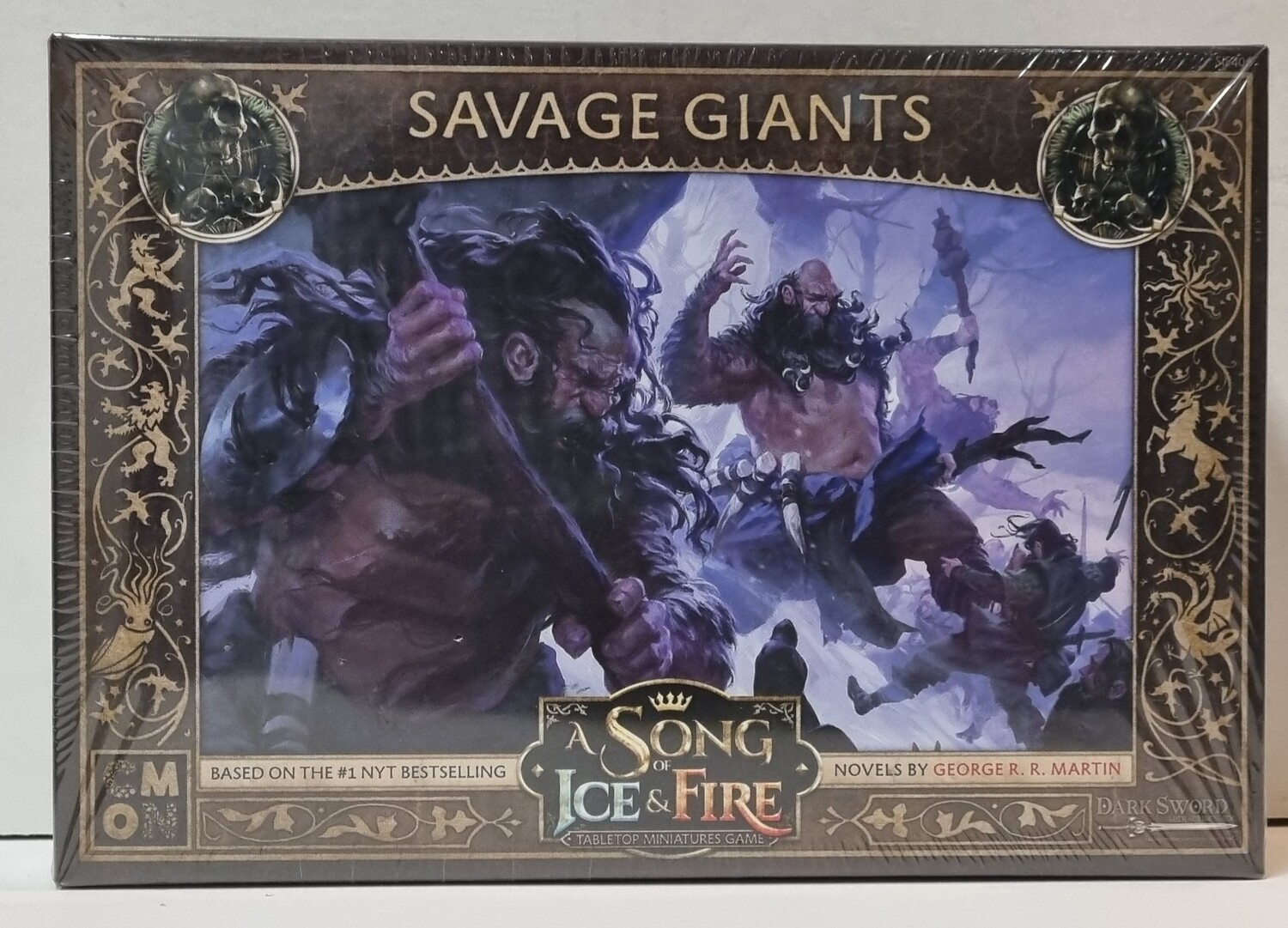 There are giants that walk among us, and woe to those that stand in their way.

There are many strange and mystical creatures in the lands of Westeros. The Giants are among them. These massive creatures are just like humans, only much, much, much bigger. Anyone who says that size doesn’t matter has never had to deal with a giant or two. As part of the Free Folk army, they are walking siege engines, battering entire enemy ranks with a single swing of their massive clubs.

The Savage Giant Unit Box for the A Song of Ice and Fire: Tabletop Miniatures Game gives Free Folk commanders two huge figures to add to their forces. The Savage Giant is both resilient and deadly. Their Mighty Swing doesn’t allow for Defensive Saves, as it can bash through multiple troops with a single swing. The Giant is resilient, too, having five Wounds and only taking a wound for each two Hits it takes. Hurting the Giant just makes it mad, with its Mighty Swing doing more and more damage for each Wound the Giant has.

These huge Savage Giants are imposing figures on the battlefield and will make a great centerpiece of any Free Folk army. The models come pre-assembled in colored plastic.

A Mighty Swing from the giant’s club doesn’t allow for Defensive Saves. It’s hard to save against a tree trunk.

The Savage Giant doesn’t take Wounds easily, and when it does, its blows become stronger and stronger, a real dilemma for enemy commanders.