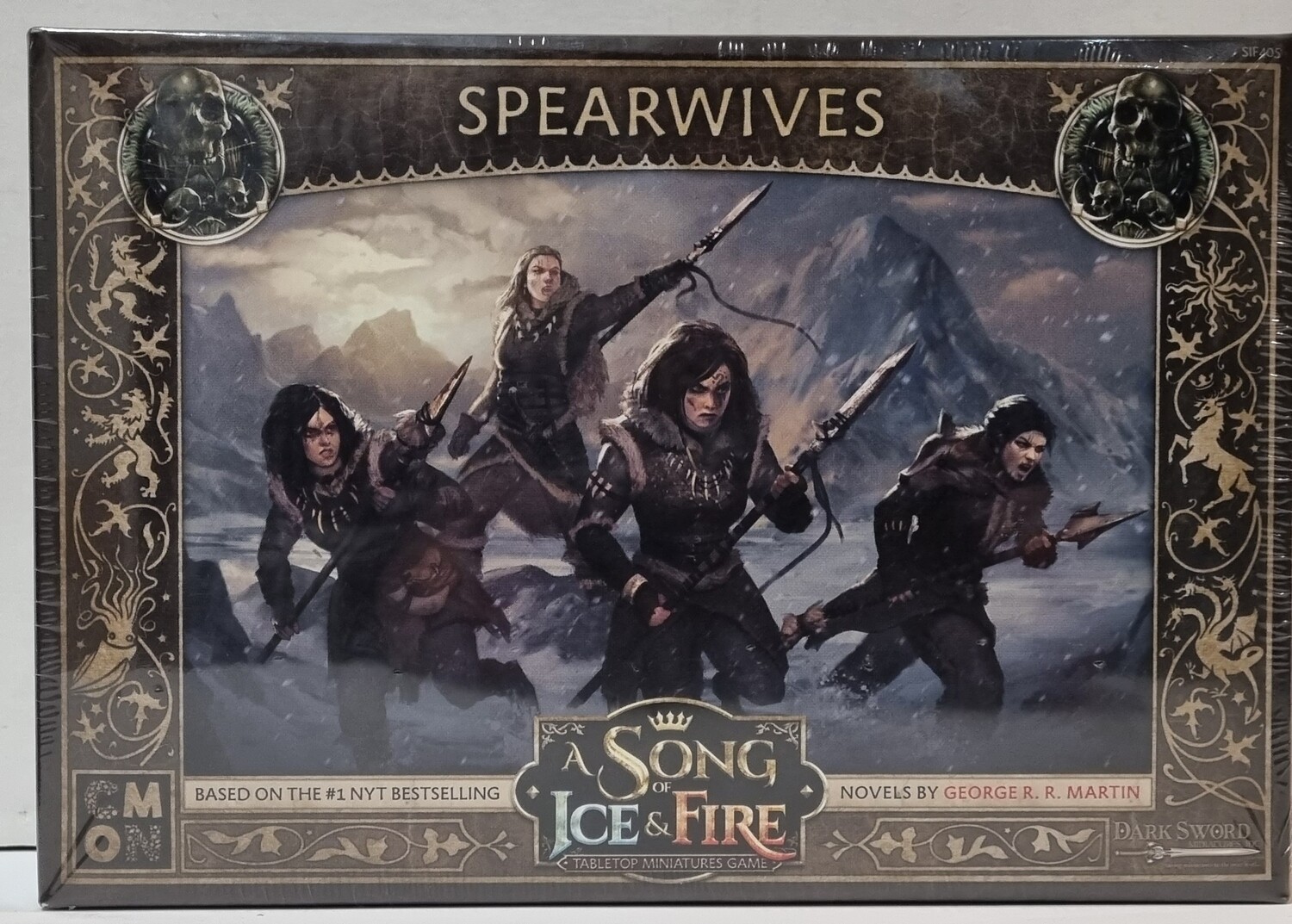 Everyone in the Free Folk army is ready to go to battle.

In Westeros, it’s not just the men that will put their lives on the line out on the battlefield. Especially for the Free Folk, everyone is expected to do their part, and that’s why the Spearwives units were created. But far from just feeble extras, the Spearwives have trained extensively with their weapons of choice, and can be just as deadly as any other soldier. Their short spears are light enough to even be thrown at the enemy, letting the Spearwives cut them down at range. But the real danger comes when they Charge. Their sharp spears, with the momentum of a running start, can pierce even the toughest armor. Adding a seasoned Spearwife Matriarch to the unit only enhances their maneuverability.

The Spearwives Unit Box for A Song of Ice and Fire: Tabletop Miniatures Game gives Free Folk Commanders a new unit and unit attachment that they can bring to the battlefields of Westeros.

The Spearwives are deadly at both short range and in melee, their spears getting bonuses when used on the charge.

The unit box comes with 12 highly detailed Spearwives miniatures along with a Spearwife Matriarch figure, all in pre-assembled plastic.

The Spearwife Matriarch allows the unit to Disengage after attacking in melee, keeping them from being bogged down in protracted battles.