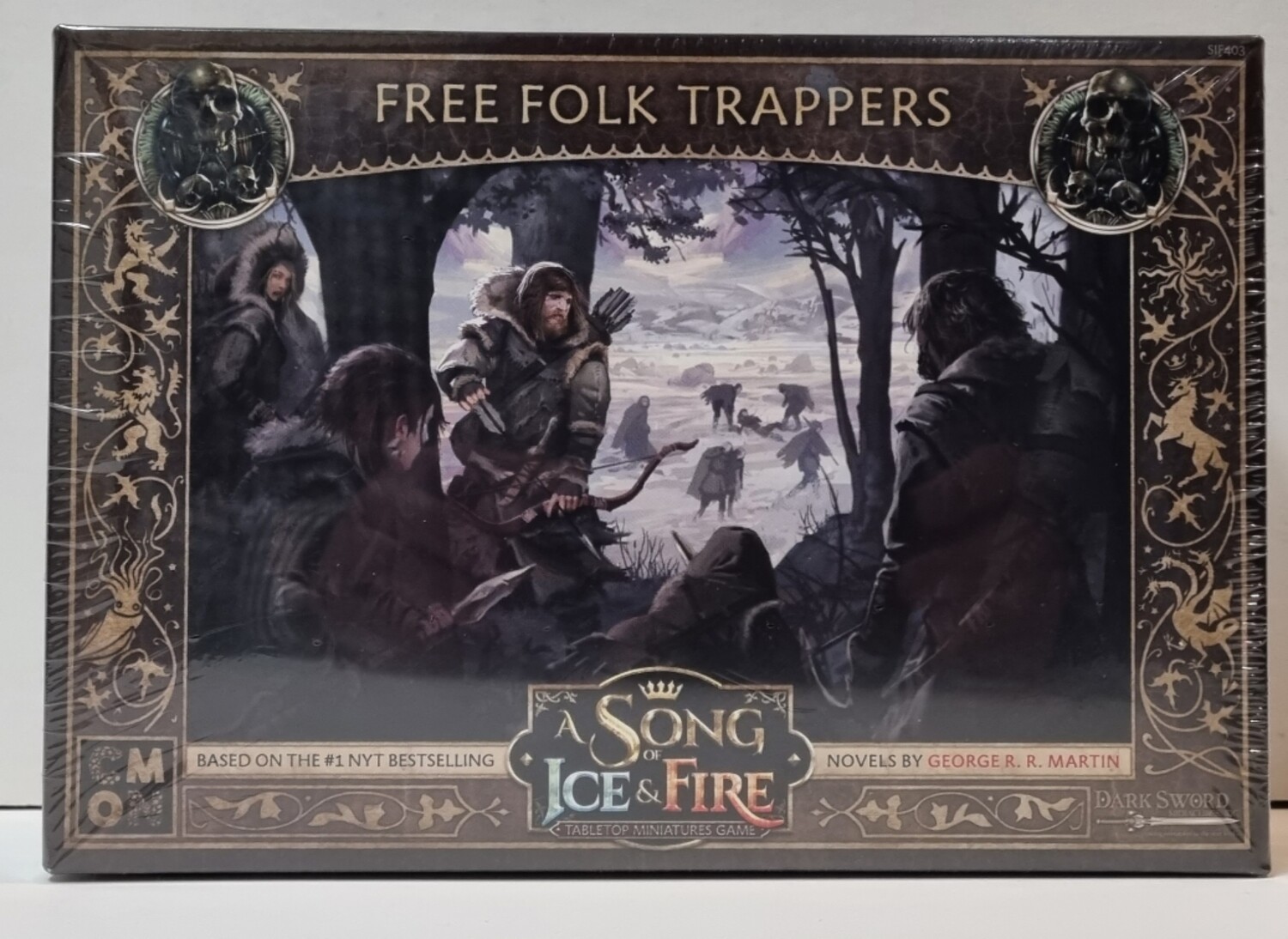 Adept at Trapping Game, These Hunters Are After New Prey.

The Free Folk are a rugged people, not very familiar with any forms of civilization. They aren’t ones to settle down on land and farm. They get their meals through wits and wile, making traps and snares to hunt prey. On the battlefields, these snares can just as easily cause issues for enemy troops as it can for tonight’s dinner.

The Free Folk Trappers Unit Box gives Free Folk Commanders a new option for their armies. Lightly armed and armored, the Trappers are well-versed at harrying tactics. Able to deal wounds directly to enemy units via their Hidden Traps order, they can greatly disrupt an opponent’s plans. And being Insignificant, they aren’t worth victory points when destroyed, allowing Free Folk Commanders use them more dangerously, without worrying about giving them up to the enemy.

With the included Stat Card, players don’t have to try and memorize the unit’s abilities, or constantly have to flip pages in a book to find out what they can do.

The 12 figures included in the box come pre-assembled, molded out of colored plastic. This means they’re ready to play right out of the box.

A Thorn in the Side

Free Folk Trappers excel in dealing with enemies at range. Their Hidden Traps order lets them deal direct wounds to enemies that simply move within Long Distance of them, while their short bows can make quick work of foes when they try and close in.