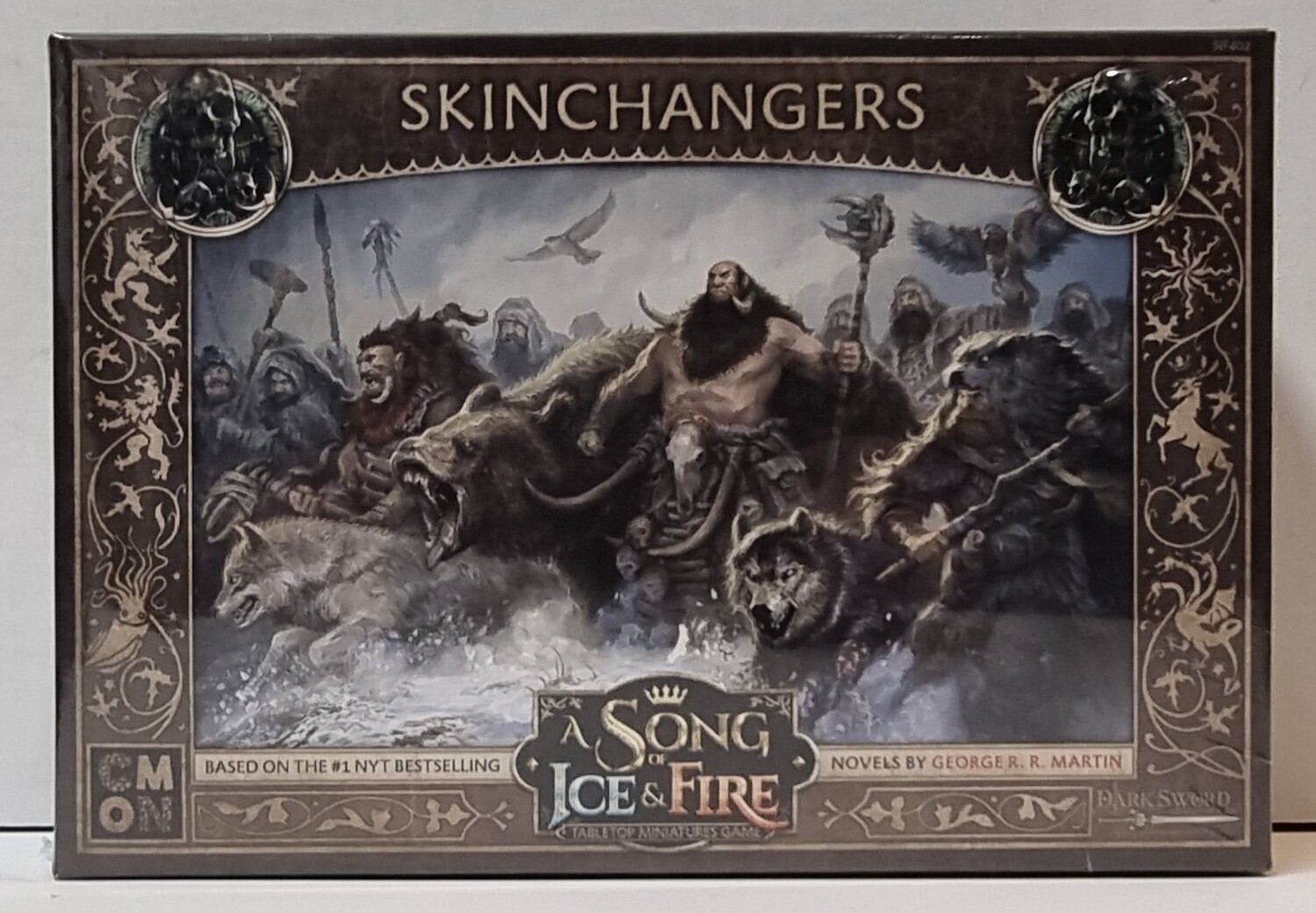 Skinchangers Have the Ability to Enter the Minds of Mighty Beasts at Will.

Skinchangers have the rare ability to project their consciousness into nearby creatures, altering their behavior. This can be used simply, perhaps having them perform tricks. But it can also be used in combat. It’s bad enough when an enemy unit is advancing on your position. It’s worse when that unit is flanked by giant wolves or bears.

The Skinchangers unit box for the A Song of Ice and Fire: Tabletop Miniatures Game gives Free Folk commanders a new option for their armies. The Skinchanger Unit Attachment can be placed in any unit, ignoring usual Unit Attachment rules (so they can join a unit with another attachment already in it). When being added, the player can also add their animal unit to the table. When the Skinchanger’s unit activates, the accompanying animal can activate immediately afterward, creating perfect “one-two punch” combinations. Just be sure that the two are never further than Long Range from one-another, or the Skinchanger is killed. Either situation will cause the animal to also be destroyed.

The figures in the Skinchangers unit box come pre-assembled in colored plastic, making them ready to use right out of the box.

With both the unit’s stat card as well as the Unit Attachment, commanders won’t have to go searching for the unit’s rules during the game.