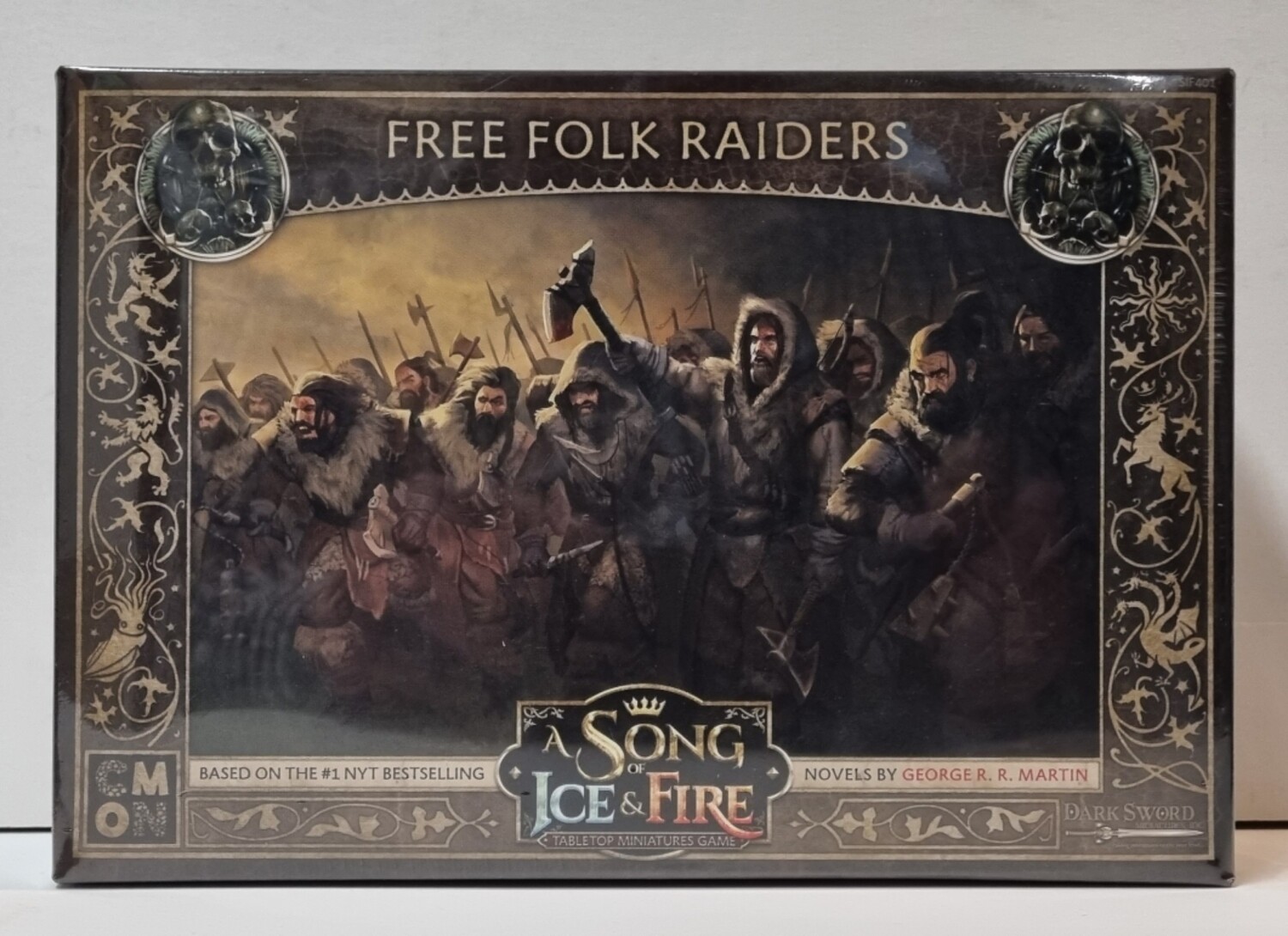 It doesn’t take well-armed and armored troops to create an army.

The bulk of the Free Folk forces are made up of the everyday people of the various tribes. They don’t have fancy metal armor. They don’t relentlessly train and drill maneuvers. They barely have weapons, just scavenging a bit of bone or old swords from the battlefield. But what they lack in military tactics, they more than make up for in one thing: numbers. When the Raiders come down from the north, they’re like a tidal wave, overwhelming enemy defenses as they go.

The Free Folk Raiders Unit Box for the A Song of Ice and Fire: Tabletop Miniatures Game gives Free Folk Commanders a new option for the battlefield. The unit may not have the best stats in the game, but that means their low cost makes them very easy to combine with any force. The Raid Leader Unit Attachment adds to their deadliness, allowing another Free Folk unit to activate directly after the Raiders do.

As pack hunters, the Free Folk Raiders are always fielded in pairs of units on the battlefield.

The box includes 12 Free Folk Raider miniatures and a Raid Leader miniature, all highly detailed and pre-assembled so they can be played right out of the box.

The Free Folk Raiders aren’t necessarily strong or fast or tough, but they’re inexpensive for commanders to field and can easily overwhelm the enemy’s forces by sheer mass of numbers.