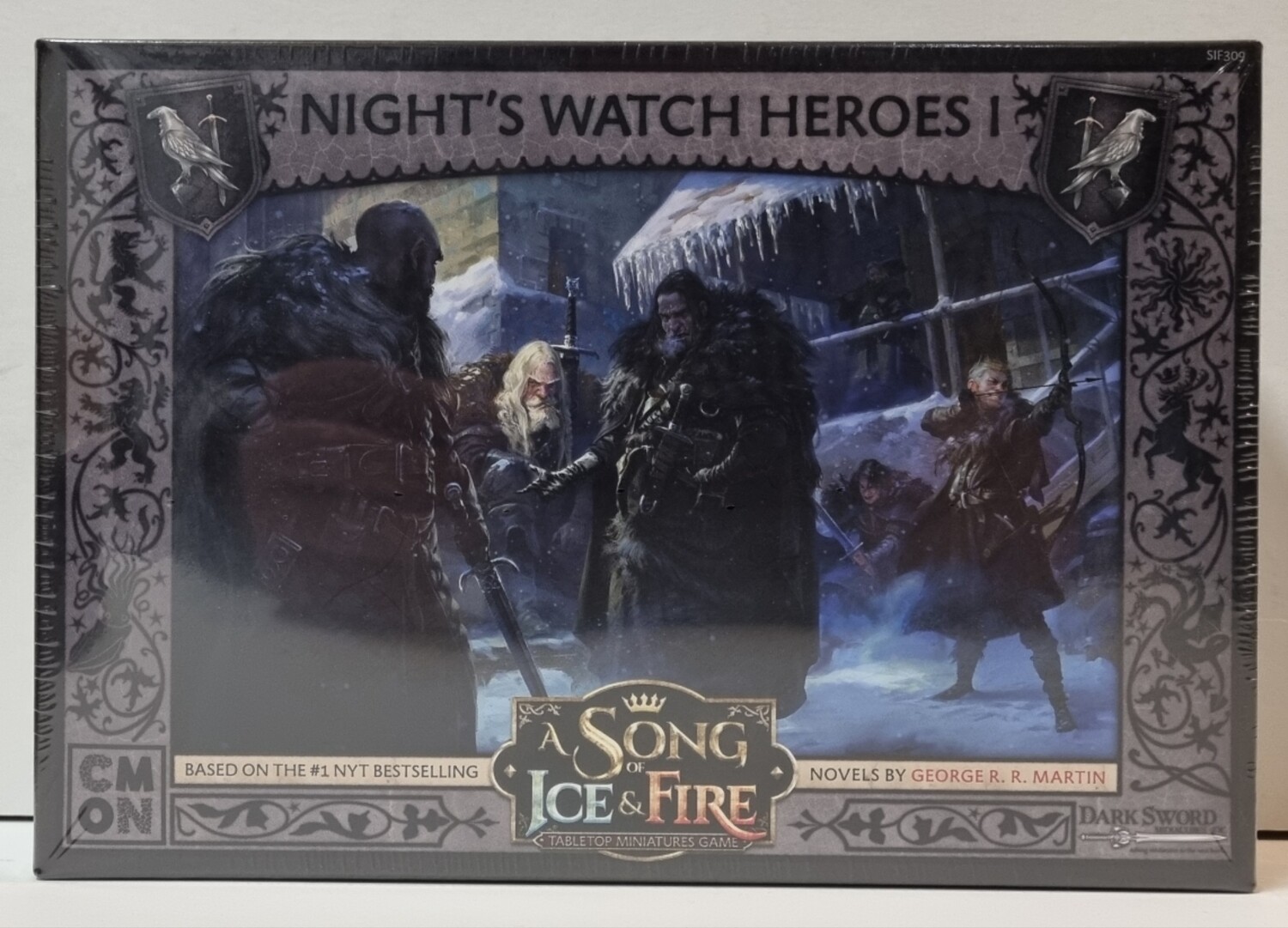 From Castle Black, the Night’s Watch guards the formidable Wall, which is used to protect all of Westeros from the horrors that lurk in the cold, dark, and foreboding northlands. Taken from the dregs and leftovers of society, there are those that rise through the ranks and achieve places of power within the team. These special men have some of their own power struggles, but in the end, they are all dedicated to making Westeros a (relatively) safe place to live.

The Night’s Watch Heroes I box gives Night’s Watch Commanders all manner of new options when creating their forces. With an array of Unit Attachments, a Non-Combat Unit, and options for new Commanders, the box can really change up the way a Night’s Watch army performs out on the battlefield.

This box contains all the Attachment cards, NCU card, and Tactics cards needed to play the heroes inside the box. No flipping through rulebooks to get the information you need.

The figures in the Night’s Watch Heroes 1 box come pre-assembled in colored plastic, so they’re ready to man The Wall and defend Westeros right out of the box.

A Wealth of Options

The new heroes in this set give Night’s Watch Commanders a whole host of new ways to customize their armies out on the battlefield.