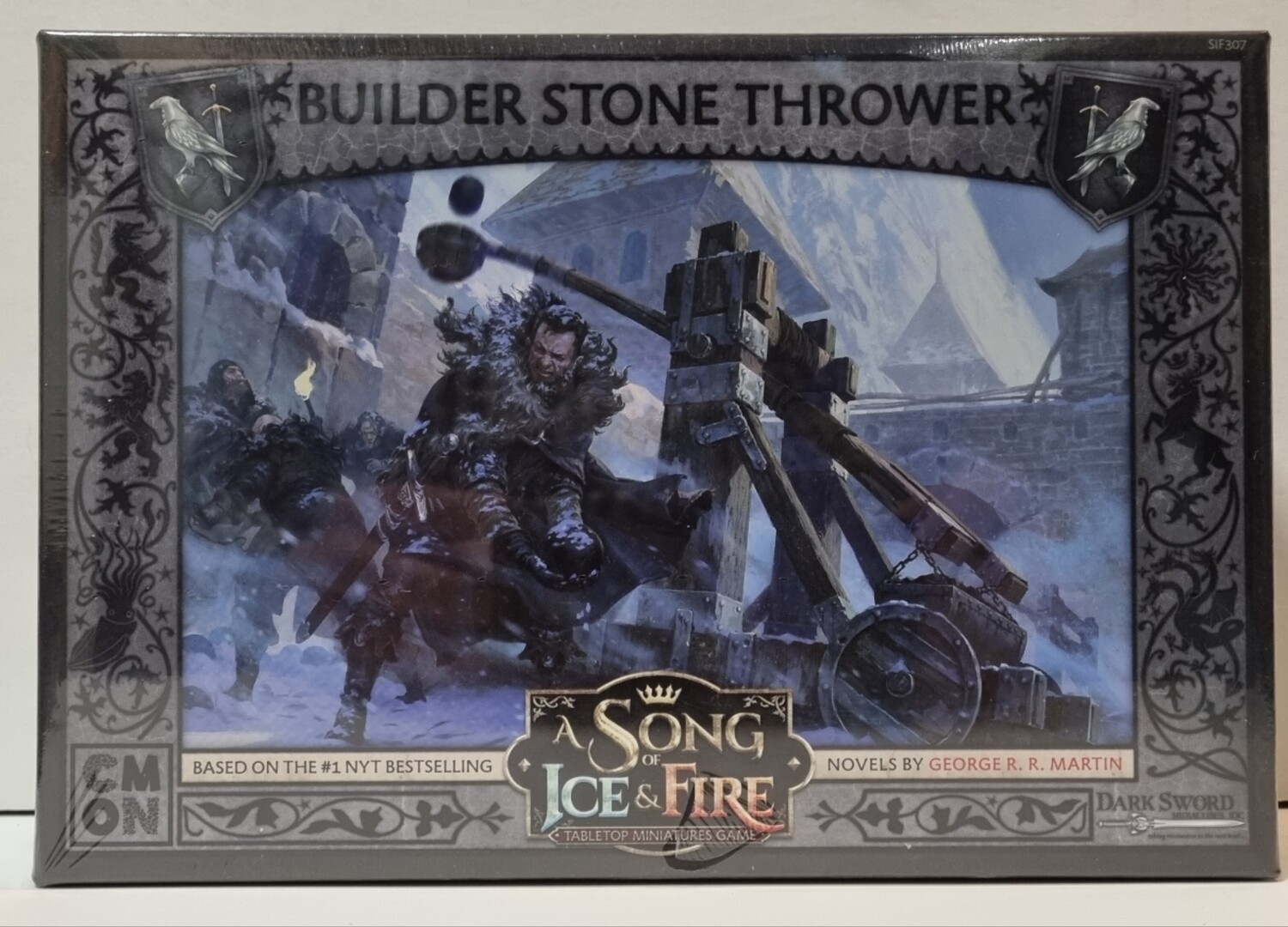 In the northernmost reaches of civilized land, the Night’s Watch man The Wall, keeping Westeros safe from the wild things roaming beyond. The Builders are there to maintain the troop’s arms and armor, as well as create massive siege weapons to contend with the monsters of the frozen north in safety upon The Wall.

Smaller versions can be taken to battle when the Night’s Watch march to war as well. The Builder Stone Thrower is an artillery piece that Night’s Watch commanders can bring with them to battle. Extremely cumbersome to move and poorly armored, the Stone Thrower more than makes up for it in offensive power. The Thrower has no upper limit to its range, lobbing boulders over troops and terrain to land where needed. The huge rocks it launches crush anything they land on with no Defensive Saves allowed. The larger the target, the more damage they can do!

The Builder Stone Thrower figures come pre-assembled in colored plastic, meaning they’re able to hit the table right out of the box.

The stat card is included in the box, meaning commanders don’t have to search through books to find out what the unit is capable of.

The Builder Stone Thrower is a dedicated ranged unit that can easily thin out enemy ranks long before melee has been met.