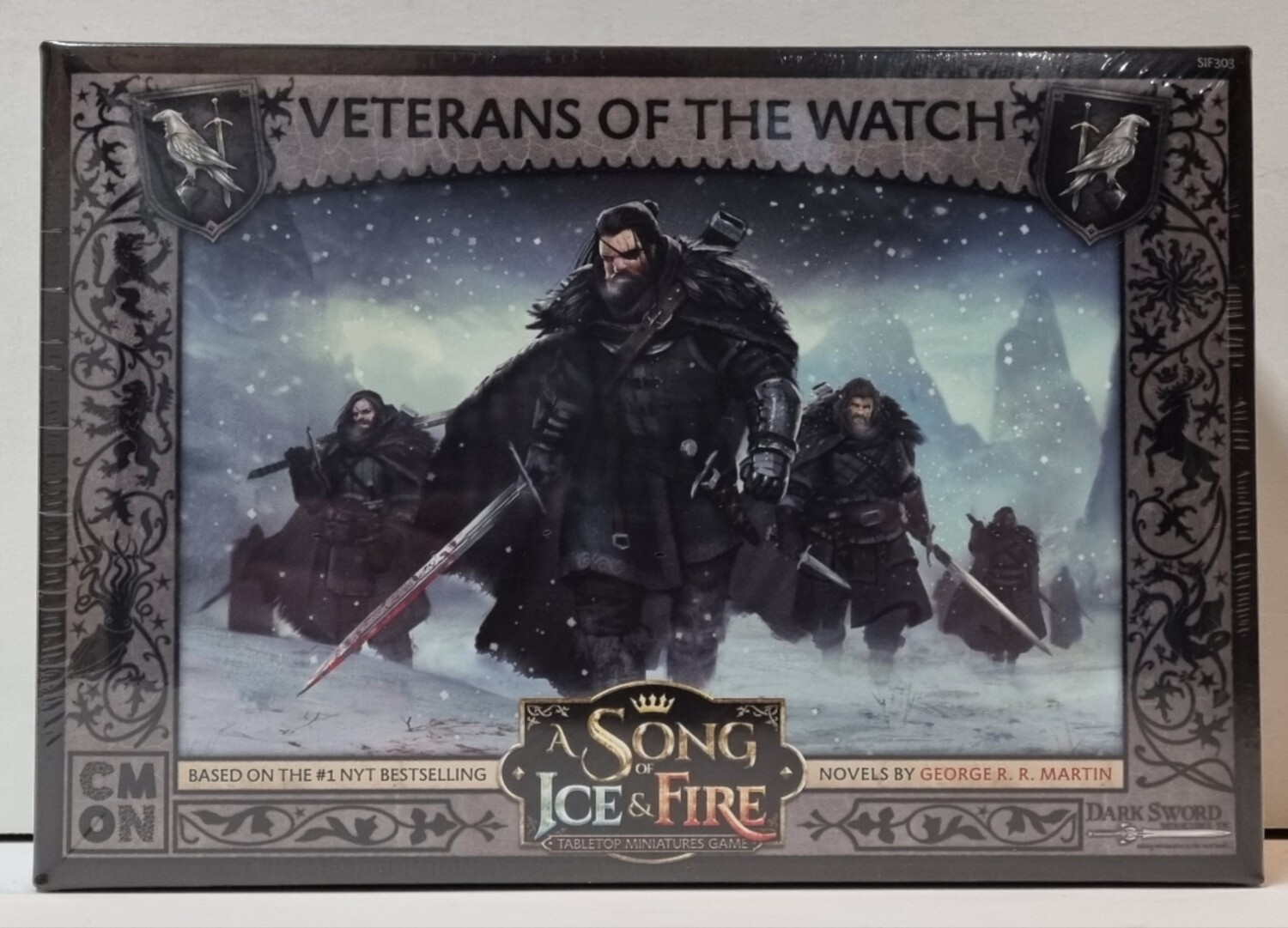 THE NIGHT’S WATCH IS EVER VIGILANT.

Far in the north of Westeros, The Wall protects the civilized lands from the dangers that lurk beyond. Manning The Wall is the Night’s Watch. These discarded sons of Westeros have sworn to protect those that cast them out against any and all that might threaten them. Such conditions are harsh, and not many survive to become veterans. However, those that do are some of the fiercest fighters in all the land.

The Veterans of the Watch Unit Box for the A Song of Ice and Fire: Tabletop Miniatures Game gives Night’s Watch Commanders a strong and tough unit on the battlefield. With both good offensive and defensive stats, the unit can be used in multiple different ways. They can be a vanguard going into enemy forces headlong, or held back to defend vital objectives, or they can be sent in as reinforcements for those allies that are floundering. However, they’re used, the Veterans of the Watch will certainly be a formidable sight on the battlefield.

With their overall good stats, the Veterans can perform in many different battlefield roles, giving Night’s Watch Commanders new options out on the battlefield.

The Veterans of the Watch come pre-assembled in colored plastic, so they’re ready to use right out of the box.

The Veterans of the Watch, having been through many battles before, have some of the best offensive and defensive capabilities on the field.