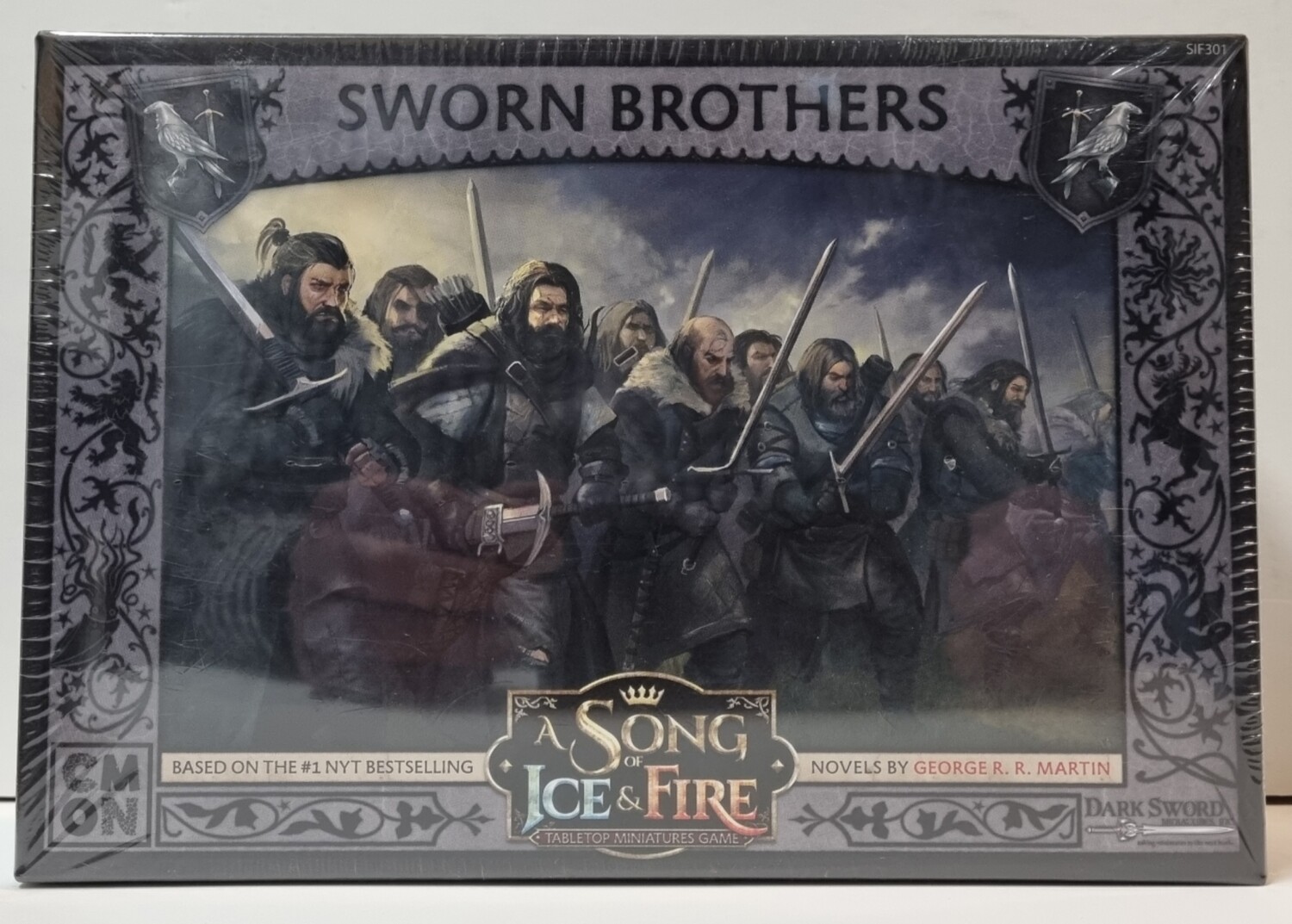 Protecting Westeros from whatever’s beyond The Wall.

In the far North, the brotherhood of the Night’s Watch keep an eye on any terrors that would assault Westeros. They are the unwanted. The lower sons, the criminals, the bastards, the outcasts. But in the Night’s Watch, they find a place and a purpose. Outfitted with rugged, warm armor and massive swords, they fight against Wildings and any other horrors with stoicism born of hard training.

The Sworn Brothers unit box forms the core force for the Night’s Watch in the A Song of Ice and Fire: Tabletop Miniatures Game. Their strong armor deflects blows and their training keeps them from running off easily. On the offensive side of the scales, their prowess with the greatsword is second to none, dealing critical strikes and sundering even the toughest enemy armor. Meanwhile, the Watch Captain Attachment lets the unit have two Vows assigned to the unit at a time.

The Sworn Brothers make a sturdy and strong unit for the Night’s Watch faction.

Each Sworn Brother is represented by a highly detailed miniature figure.

The Watch Captain further enhances the Sworn Brothers with his ability to let the unit take two Vows at a time.