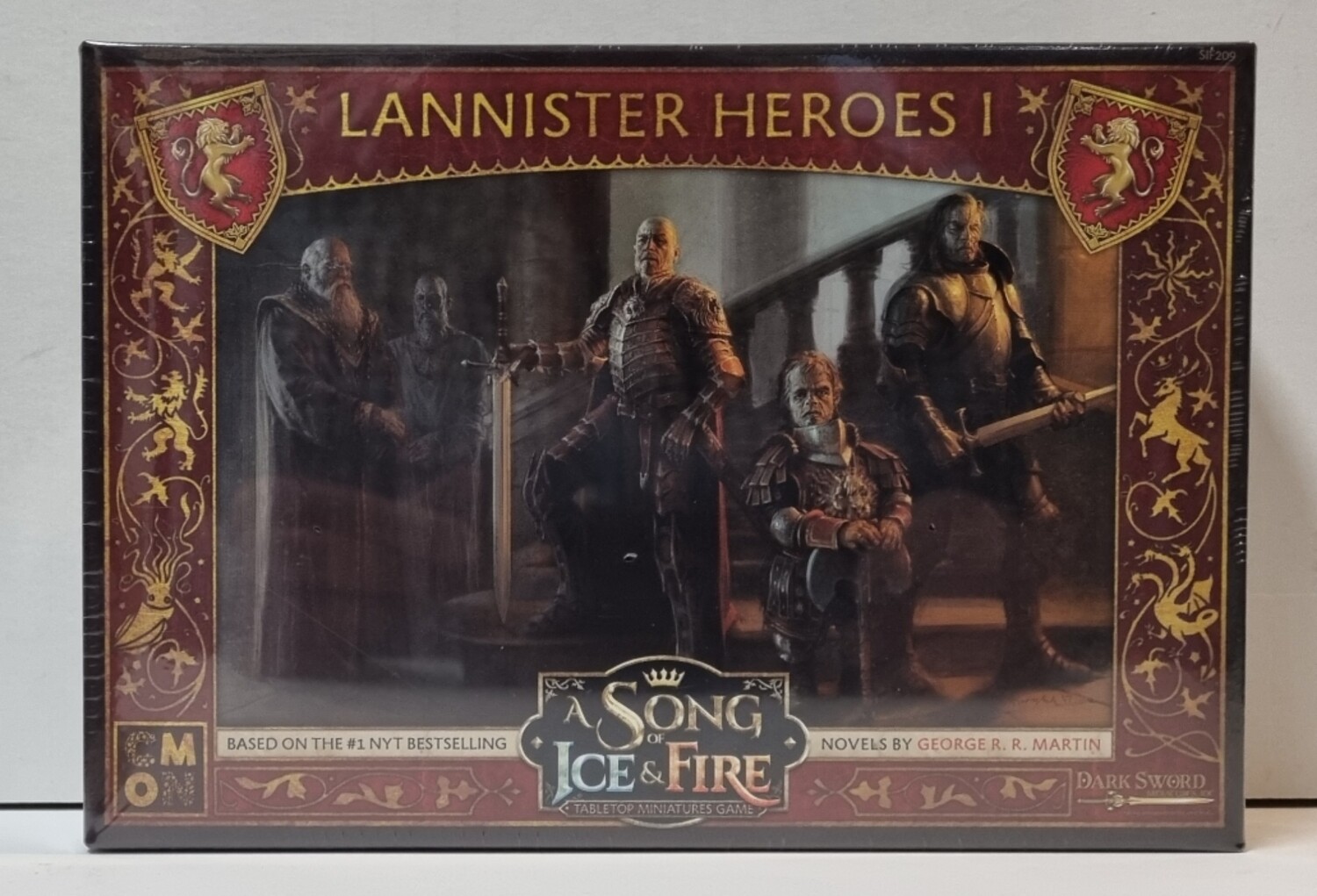 Wars are fought with money, and House Lannister has deep pockets.

Wars are fought with money, and in the War of the Five Kings, none of the Great Houses are more financially equipped than the Lannisters. They outfit their troops in the best armor and arm them with the finest steel. But troops still need leaders.

Some show their strength on the battlefield, like the Hound, Tyrion, or Lord Tywin. For others, like Maester Pycelle and the High Sparrow, their power is felt in the political arena. But make no mistake, they can influence the outcome of a battle all the same. The Lannister Heroes set for the A Song of Ice and Fire: Tabletop Miniatures Game gives players a powerful advantage in the war for the fate of Westeros.

Includes 25 Attachment Cards, NCU Cards, and Tactics Cards, with all the information necessary for a Commander to make tactical decisions with their Units.

These five different Heroes are ready to be added to an army and take part in the War of the Five Kings. With their unique skill set, they’ll give any Commander an advantage.