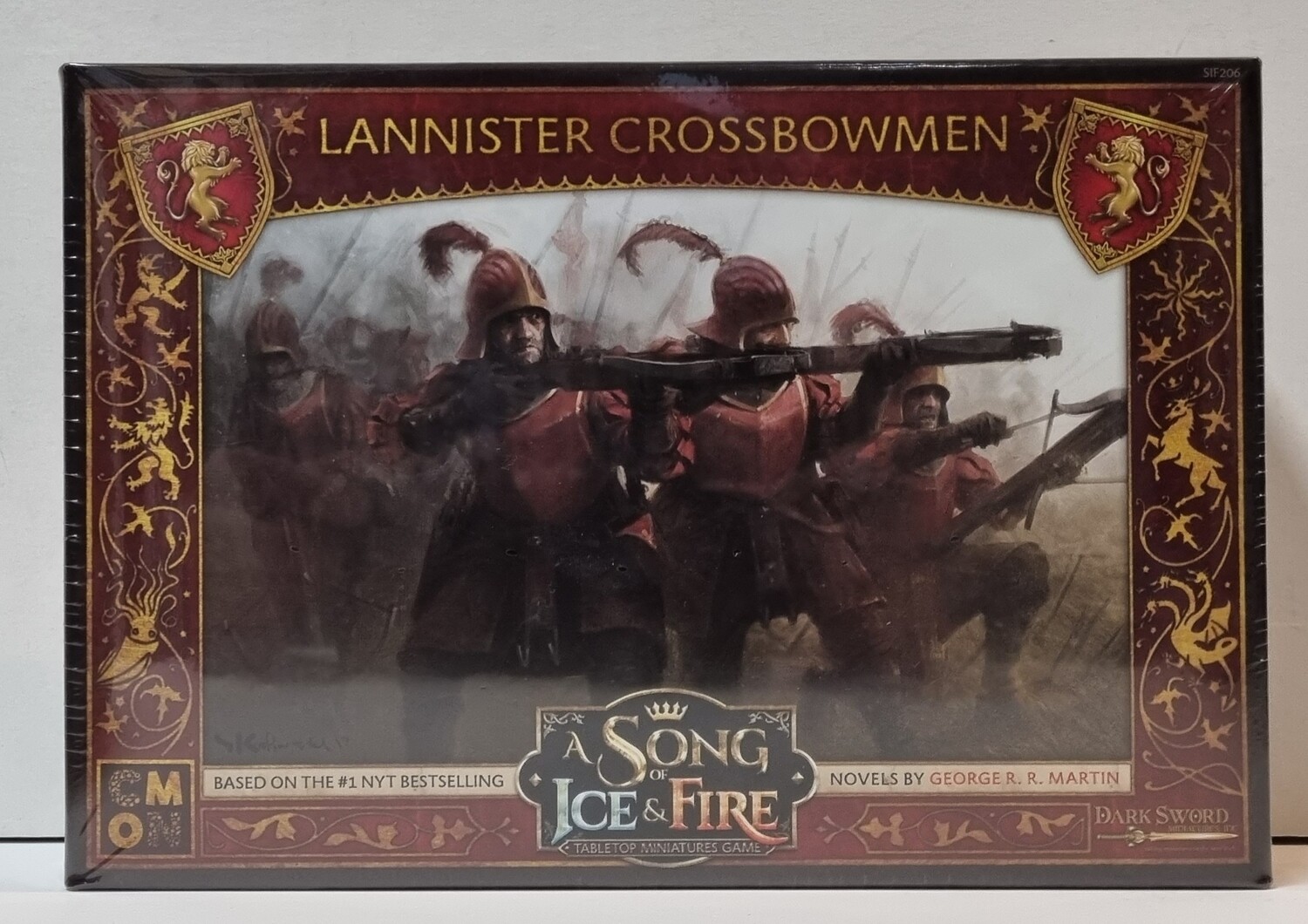 Crossbowmen extend the reach of a Commander across the battlefield.

When it comes to training soldiers, Crossbowmen require a lot less work than average. The real cost comes in the production of the crossbow, itself. Technological advances aren’t cheap, and keeping weapons in working order during war is no easy task. Still, a family with resources like the Lannisters can afford to keep this ranged killing machine armed and ready for battle.

The A Song of Ice and Fire: Tabletop Miniatures Game Lannister Crossbowmen unit box contains 12 miniature figures in four different sculpts, one Unit card, and one Movement Tray. This unit of deadeye soldiers takes advantage of the technology available to a family of means. At close or long range, their bolts can pierce even thick armor. However, a wise Commander will keep them away from melee charges, if possible.

With their ability to attack at a distance, the Lannister Crossbowmen will give their Commanders new tactical options on the battlefield.

This unit box contains everything needed to add a new Combat Unit to your army, including Troops, Unit card, and Movement Tray.