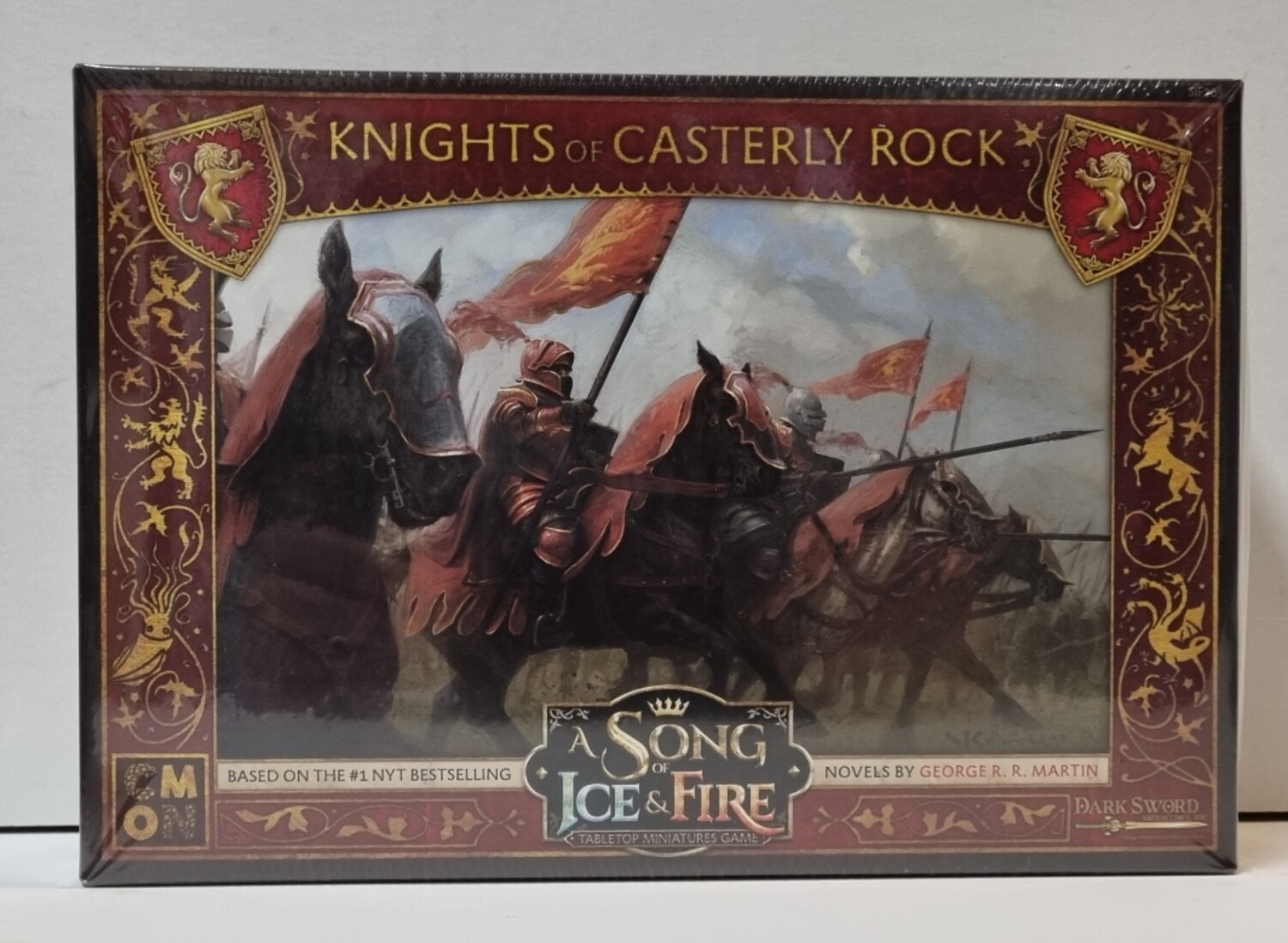 A Song of Ice & Fire, SIF205, Knights of Casterly Rock

Cavalry are expensive, but the Lannisters spare no expense.

The Lannisters spare no expense when it comes to outfitting their troops. Even the regular line soldier has the finest in arms and armor. So, when it comes to a unit as special as their mounted knights, cost is never an issue. The Knights of Casterly Rock have literally the best equipment and training that money can buy. And they are worth every penny on the battlefield as they cut their way through enemy ranks.

The Lannister Knights of Casterly Rock Unit Box for the A Song of Ice and Fire: Tabletop Miniatures Game brings a fast, hard-hitting, and durable unit to the battlefield. Being cavalry, they get an extra movement at the start of their activation. They are also deadly on the Charge, with their weapons gaining Critical Blow and Sundering. Enemies will quickly become disheartened fighting them, being forced to make Panic Tests whenever the Knights survive a round of combat.

The Knights are melee masters, but their attacks become extra-potent on the Charge, gaining two special abilities when they do so.

And a Good Defense

The Knight’s armor is thick and they have three wounds apiece. Also, whenever they pass a Panic Test, the enemy that forces them to make it must make their own test at a penalty.