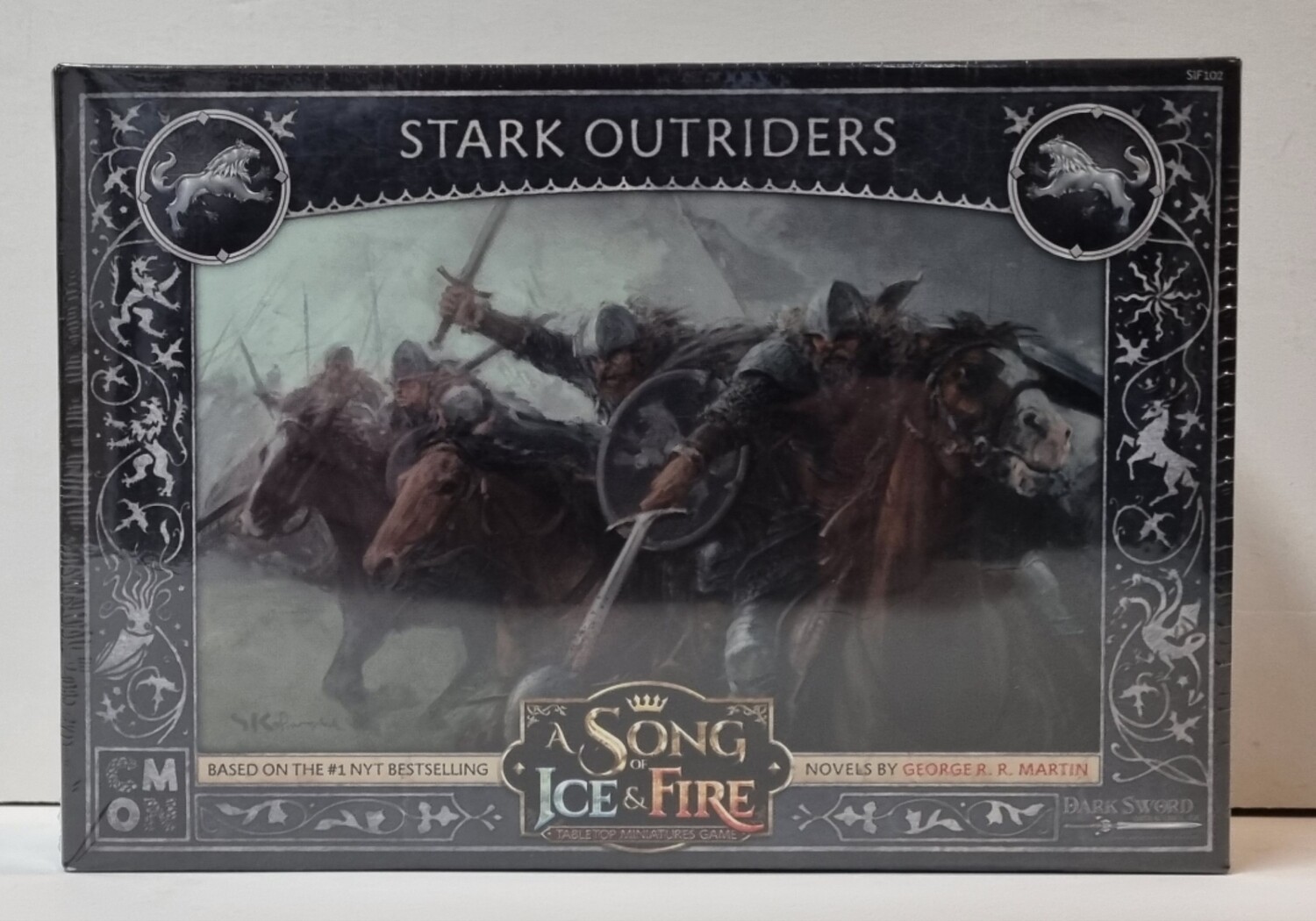 The perfect flanking forces on the battlefield.

The horsemen of Winterfell are well known for their expert riding skills. Though Stark Outriders eschew the heavier armor of many other mounted units, what they lose in durability they more than make up for in maneuverability and speed. Not ones to be bogged down by enemy forces, they can quickly distance themselves from their foes, ready to charge back in again on a flank.

The Stark Outriders Unit Box gives Stark Commanders a unit of cavalry for their forces in the A Song of Ice and Fire: Tabletop Miniatures Game. These swift steeds can easily make their way around the battlefield. When engaged in combat, after they perform a melee attack, they can make a free Retreat action, making sure their opponents are left without the chance to counter-attack.

The Stark Outriders Unit Box comes with four highly-detailed miniature figures. They are pre-assembled in colored plastic, letting them be used right out of the box.

The box comes with the minis, movement tray, and unit stat card.

The Stark Outriders add a swift flanking unit to a Commander’s forces, giving them more tactical options on the battlefield.