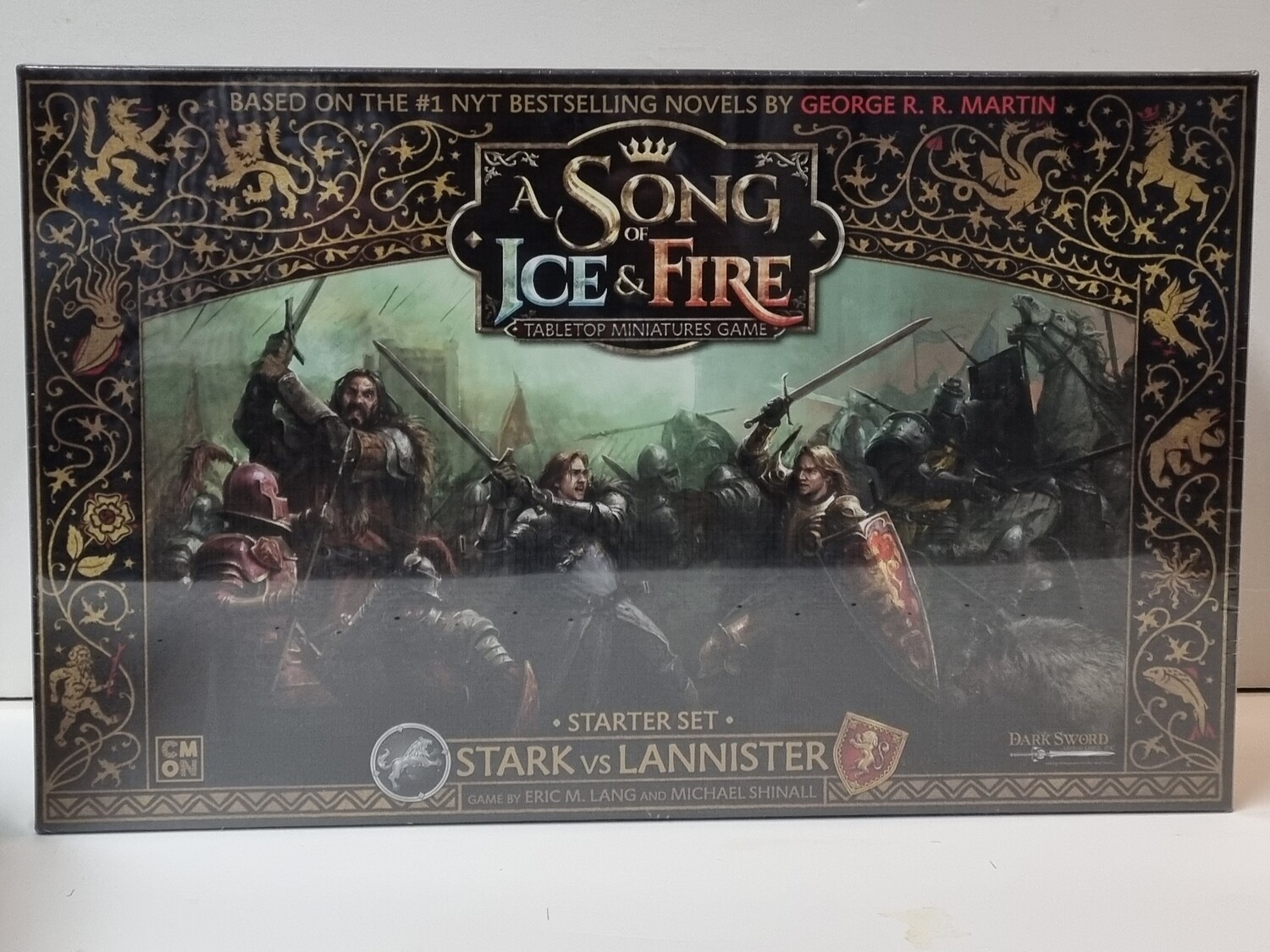 A Song of Ice & Fire: Tabletop Miniatures Game is a competitive miniature game for two players. Each player controls one of Westeros' Great Houses, commanding battlefield units, recruiting legendary Heroes, and manipulating the political scene, in an attempt to claim the highest prize of all : The Iron Throne. Featuring House Stark and House Lannister, the Starter Set includes over 100 pre-assembled and ready to use figures! All new sculptures are based on illustrations created for the game by our team under the direct supervision of George R.R. Martin and Dark Sword Miniatures, to ensure that the game offers what fans have dreamed of for years.

The simple and accessible system will allow beginners to discover in the best possible way the miniatures game. Units and characters all have cards, describing their characteristics and rules, without the need to refer to the rule book. Each House is unique, having its own deck of tactical cards, which is customized by adding cards of the characters leading your army.

Experienced players will appreciate the multiple possibilities of army customization, and the innovative and dynamic mechanisms (with alternating activation of units that ensure that each player is involved at every stage of the game), which notably allow characters with a more political role to influence the game through a specific action board, representing their interference in the form of tactical advice, corruption or underhand intrigues.

The game offers 5 different game modes, each imposing its own victory conditions and special rules. So, no two games of "A Song of Ice & Fire" will be the same!

The miniatures are not painted.