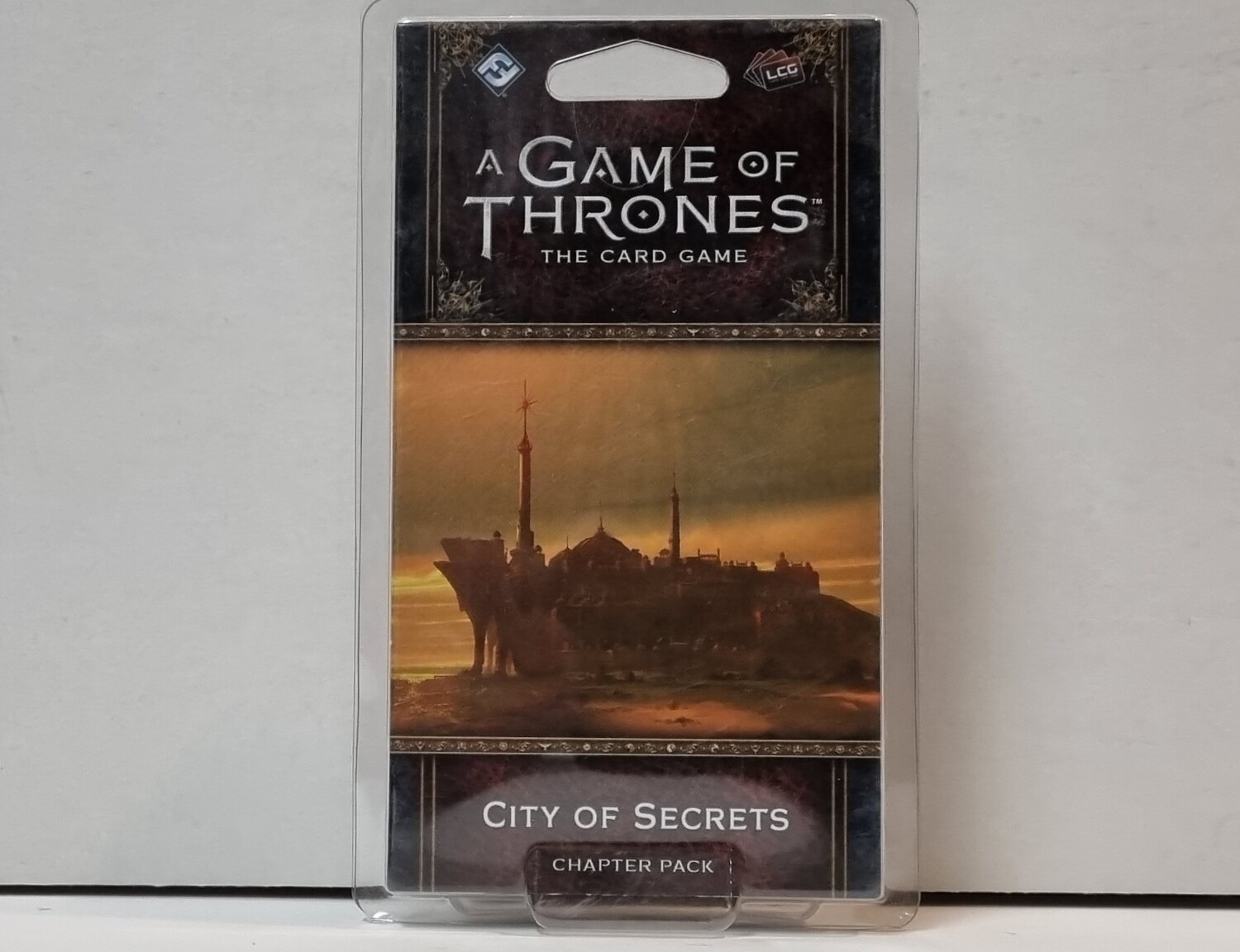 City of Secrets is the second Chapter Pack in the King's Landing cycle for A Game of Thrones: The Card Game.The King's Landing cycle takes a new approach to the Game of Thrones LCG. Rather than following the plot of A Song of Ice and Fire, this cycle is centered around the capital of the seven kingdoms, allowing you to explore the world of Westeros more freely than ever before. Every Chapter Pack in this cycle features three copies each of twenty unique cards to strengthen your decks and help you embrace the deadly intrigues of A Song of Ice and Fire with the continued cultivation of the shadow keyword, first reintroduced in the Dance of Shadows cycle.Your journey to the capital of the seven kingdoms continues as you explore the twisting alleys of the City of Secrets. Shadows haunt the streets, closing in from the North, the East, and the South, and dark prophecies speak or terrors just on the horizon. Perhaps the time of great Houses and powers is passed, and those who do not fight for a king or queen find a new agenda that can allow them to join the brotherhood without banners in the hollow hill.